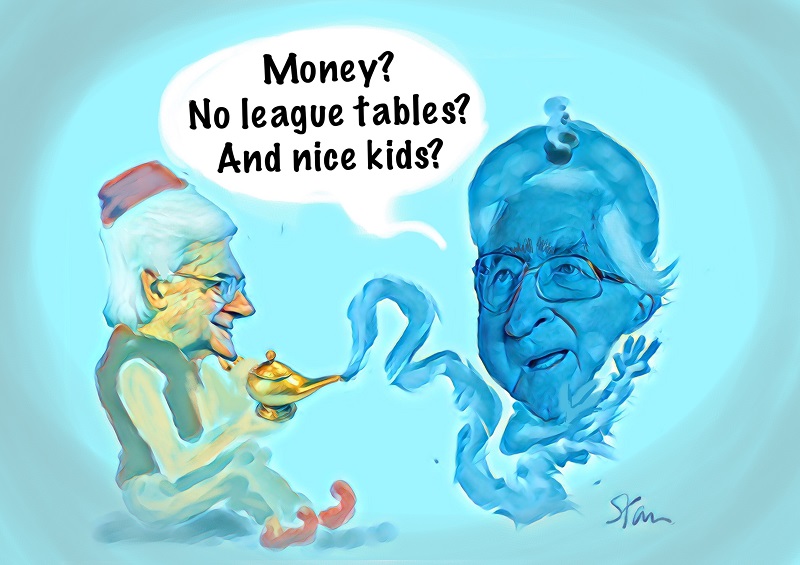 The body behind the ailing university technical college model has called on the government to apportion more funding to them than to mainstream schools.

The Baker Dearing Trust also wants school leaders to assess which students might best fit the scheme – instead of just sending them unsuitable learners – as well as changes to performance measures to account for UTCs’ specific, technical curriculum.

FE Week was exclusively given these and three other key recommendations [see below] which are now being discussed with the Department for Education.

They follow last week’s report by the National Foundation for Educational Research (NFER), which found UTC students “perform less well” at 16 than similar peers in mainstream schools, and called on the government to provide more support for the programme.

Peter Wiley, BDT’s director of education, said more funding should be given to recognise that some vocational courses are “more costly to deliver than others” and that UTCs have a longer day and require specialist equipment.

He said, for example, that the provision of engineering is funded 30 per cent higher at post-16 than a purely academic curriculum.

But he said this was not the case for pre-16 study, where UTC students are funded at the same rate as all other schools.

He said BDT would welcome a “technical premium” in the schools funding formula – at a time when overall school funding is being slashed.

Sector figures are calling for increasingly drastic action as evidence mounts that the UTC project is failing.

Seven have closed or announced they will do so, either due to low pupil numbers or financial issues.

Some vocational courses are more costly to deliver than others

And as reported by FE Week in March, 11 out of the 20 UTCs inspected by Ofsted have been rated as ‘inadequate’ or ‘requires improvement’. Since then one more has been awarded a grade four, and three more have been given grade threes.

She said it would be “far better” if the government were to fund all schools and post-16 provision “adequately and fairly” rather than “give way to special pleading”.

NFER’s ‘Behind the Headlines’ report found the demographics of students – in terms of prior ability and incomes of their families – were not dissimilar to mainstream schools. However, learners were more likely to have a pattern of high absence by the time they left the mainstream.

Baker Dearing claims there are “many instances” where students are wrongly advised to join UTCs, with some youngsters only doing so explicitly to avoid being permanently excluded from mainstream schools.

One school even encouraged the 45 students in their bottom sets to transfer wholesale to its local UTC, according to Mr Wiley.

He said that while UTCs “welcome” pupils with special needs and behavioural problems, they are not the population “for whom UTCs were designed” as many have little or no interest in science, technology, engineering and maths subjects and are not prepared for longer school days and their “business-like environment”.

Baker Dearing therefore wants the government to “act to stop” mainstream schools from encouraging students to transfer to a UTC “without any assessment” of whether it is the right move.

In February, Lord Baker, a key architect the UTC project, won a major concession in the House of Lords to force all schools to give UTCs access to promote their institutions to pupils.

In the same month the government handed out more than £100,000 in funding to councils to enable them to write to parents promoting post-14 education options like UTCs.

In terms of accountability measures, Baker Dearing wants the government to change its school league tables to align with the curriculum delivered by UTCs.

Peter Wiley said new performance measures, such as Attainment 8 and Progress 8 – which measure the achievement of a students across eight qualifications – only allow up to 30 per cent credit for technical qualifications.

He added that vocational qualifications do not count at all towards the EBacc – another school performance measure based on pupils’ grades in five subjects: English, mathematics, history or geography, the sciences (including computing) and a language.

“In light of this, accountability measures that assess both aptitude for, and interest in, the specialist curriculum are needed,” he said.

The Baker Dearing Trust has also claimed that schools are not doing enough to identify which pupils would be best suited to UTCs.

Mr Wiley said school leaders and teachers should visit local UTCs to “understand what is on offer” and “keep track of pupils who perform well” in STEM, or demonstrate good spatial skills – that is, those who tend to think in images before converting them into words.

And in terms of what “standardised measure of student attainment” BDT wants, Mr Wiley said the trust doesn’t at this stage “have a preferred method for doing this”.

But any measures will “need to include an assessment of spatial skills”. He added the trust wants to work with the DfE to look for the “most appropriate ways of assessing these aptitudes”.