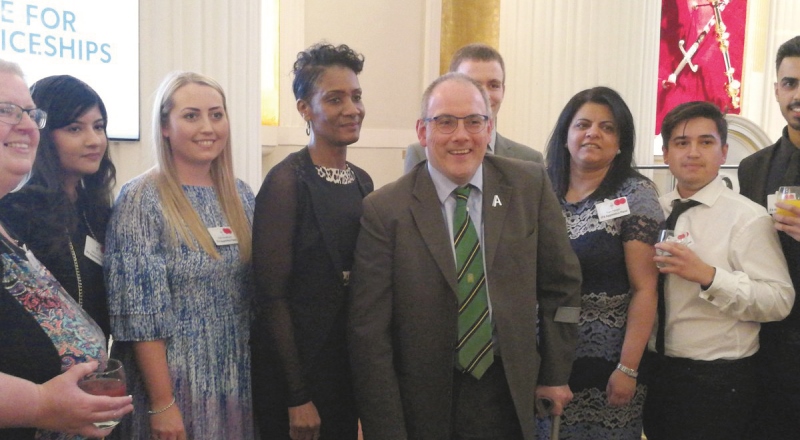 Fears are growing that apprentices may lose their voice at the top level, after the Institute for Apprenticeships deferred an invitation to have its own apprentice panel make a presentation to its board.

In an email sent to the apprentices who make up the 11-strong panel and seen by FE Week, the IfA withdrew its request for a presentation about a ‘quality toolkit’ at its monthly board meeting on July 5.

A later date of October 4 was suggested as an alternative.

A spokesperson for the National Society of Apprentices, itself a division of the National Union of Students, told FE Week that it was “deeply concerned” that the invitation to present in July had been withdrawn.

With a new skills minster, Anne Milton, now in place, it’s feared this delay indicates that the attention given to apprentices by the previous minister Robert Halfon may be lost.

“We heard Anne Milton talk about wanting to listen to as many voices as possible so we hope that she backs her words up with action and reinstates the invitation to the apprentice panel,” said NSOA’s spokesperson.

She stressed that the body had been “very clear of the need for a strong apprentice voice on the board” since the IfA was first created.

An IfA spokesperson said: “The institute’s apprenticeship panel will meet with the board four times a year.

“Their presentation covered their own experiences of apprenticeships and their early thoughts on what as a panel they wanted to work on.”

The IfA’s panel of apprentices, which first met in April, is made up of current or recent apprentices from a wide range of occupations and experiences from up and down the country.

Its role is to decide which issues need to be focused on from the learner’s perspective, and ensure apprentices are heard during the decision-making structure of the institute.

In its early stages of development, there were fears that the IfA may not have any apprentice representation at all.

The process of appointing the IfA’s board took considerably longer than expected, and the shadow skills minister Gordon Marsden described the institute’s creation as “a complete shambles”.

It was at this time that major sector figures such as Shakira Martin, who was then the NUS vice-president for FE, and Shane Chowen, head of policy at the Learning and Work Institute, called for apprentices to take up places on the board itself – but the government would not commit to the idea.

However, in December 2016, Mr Halfon confirmed during the sixth sitting of the public bill committee for the Technical and Further Education Bill that the IfA would “invite apprentices to establish an apprentice panel, which would report directly to the board” and “challenge and make recommendations”.

The NUS hailed the move as a victory for learners at the time.