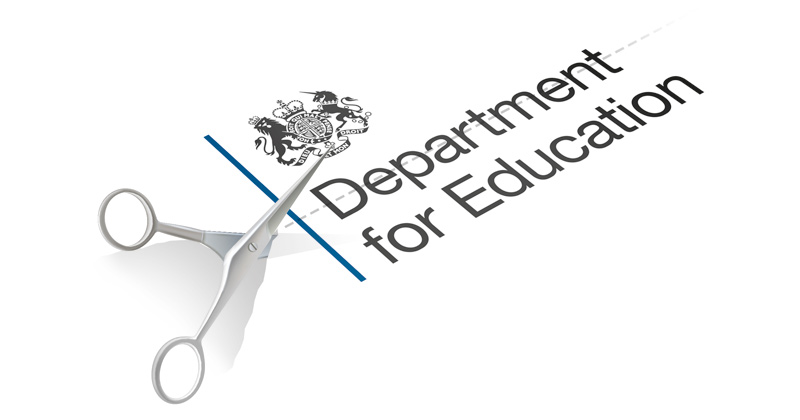 The Department for Education has blamed a lack of resources for its failure to publish up-to-date advance learner loans figures – on which reporting is now suspended indefinitely.

In the past, the DfE has published a report with up-to-date numbers of the advanced learner loan applications it has received and those applications ready for payment on gov.uk every three months.

But there have been none since February this year, so when independent education consultant Mike Farmer recently asked why, he was surprised to be told the delay was not due to reporting restrictions resulting from the general election, but to problems with “resourcing”.

In an email sent to him by a member of the department’s FE statistics team and seen by FE Week, he was told that “due to resourcing issues, this release of the advance learner loans applications publication has been suspended until further notice”.

Due to resourcing issues, release of the advance learner loans applications publication has been suspended

It continued: “We hope to reinstate this as soon as possible. We will endeavour to update the more detailed final-year publication in October.”

Mr Farmer, who has analysed changing trends with applications for FE loans on behalf of FE Week for a while, was surprised that the DfE had admitted to resourcing issues.

“It certainly gave me a shock, and I would like to know more about what these resourcing issues amount to,” he said.

“Maybe all the spare civil service resources are being thrown at preparing for Brexit negotiations at the moment. It’s important to know the latest progress with these loans.”

The February report on advance learner loans showed that 76,810 applications had been received for 2016/17 up to January.

The Public and Commercial Services Union claimed that this unusual bluntness from a government department was a sure sign that cuts to the DfE and the Education and Skills Funding Agency had gone too far.

“It’s troubling that a major government department says it doesn’t have the resources to do this kind of work and will just add to the sense of a government in disarray,” a spokesperson told FE Week.

“Ministers need to admit that cuts have gone too far and crucial work is falling through the gaps.”

The headcount at the DfE, according to the latest figures published in March, was 3,377, up from 2,387 in April 2016 – though this is after it took over the FE and skills brief from the former Department for Business Innovation and Skills last summer.

The SFA and EFA merged in March this year, and further staff cost-cutting is expected as a result of forthcoming “efficiency” savings.

Mark Dawe, the chief executive of the Association of Employment and Learning Providers, told FE Week that the delay to the reporting of advance learner loans data was “disappointing”.

He added: “The ending of subcontracting under loans-funded learning is a good example of why we need to keep track of the data. Without timely information we cannot have a well-informed debate around the future of this provision.’

FE Week reported in February last year that the SFA had ruled that provision paid for by advanced learner loans would have to be delivered directly by lead providers from the start of 2017/18.

The SFA said at the time that it would “cease to allow subcontracting within the advanced learner loans programme from the start of the 2017 to 2018 funding year”.

A spokesperson for the DfE would say only that there was no delay expected for “any other publications”.