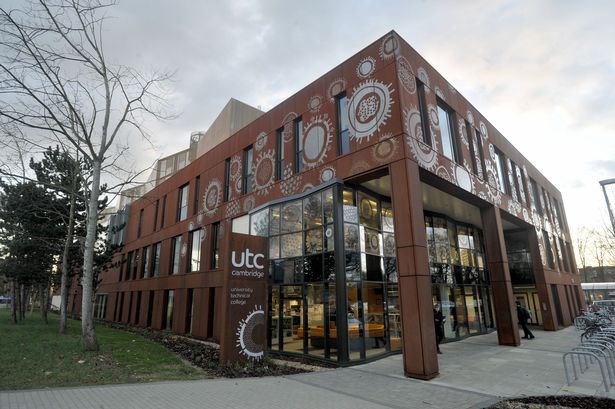 A previously struggling university technical college has performed a remarkable turnaround to be rated ‘good’ by Ofsted just eight months after receiving the lowest possible rating.

The education watchdog awarded UTC Cambridge grade two across the board – making it the first of the 14 to 19 institutions to have come back from a grade four.

The latest report praised leaders – who took over in October following the previous inspection – for their quick action in transforming the 14 to 19 institution’s fortunes.

“The new headteacher has acted quickly to establish a culture where teachers and students enjoy working hard in an atmosphere that is highly conducive to learning,” it said.

Inspectors noted that “leaders’ systematic and organised approach” had “rapidly and successfully addressed the flaws found at the previous inspection”.

Students’ “attendance and punctuality” had “dramatically improved” in the past nine months, which the report said was “an example of passionate and effective leadership”.

In addition, “leaders work successfully to engage with parents” and “the new principal has listened to parental concerns and acted upon them,” inspectors found.

Principal Sian Foreman took the helm at Cambridge as acting principal in November 2016, following the previous Ofsted visit, and became headteacher in April.

According to the Ofsted report, the UTC has been receiving support from the Parkside Federation of Academies, and is set to formally join the multi-academy trust in September.

Ms Foreman had been supporting the school in her role as specialist leader of education at the federation prior to her appointment, the report said.

She said: “Students come to UTC Cambridge because they have a passion for science and I am delighted that the Ofsted report recognised the ‘wonderful opportunities’ that are open to our students here.”

Ms Foreman added that: “With the support of our parents and governors I want to lead the college to become the ‘outstanding’ centre for science education in Cambridge.”

Today’s report comes after the education inspectorate slammed Cambridge UTC for its poor leadership and management and ineffective safeguarding arrangements in a report published in November 2016, but based on an inspection in September 2016.

“Leaders and governors have failed to ensure that the procedures to safeguard the most vulnerable pupils are effective,” it said, and “the management of attendance and punctuality” was deemed “inadequate”.

But the UTC, which opened in September 2014 and currently has 232 pupils, was rated ‘good’ in all other areas, including 16 to 19 study programmes.

These areas continued to be rated good in today’s report.

It said that “the provision that was judged to be good at the previous inspection has improved further,” and “leaders have high expectations” of 16 to 19 students.

Inspectors found that 16 to 19 standards “were not met last year”, which they attributed to “an attempt to recruit students onto courses for which they were not suited, but also a lack of systems at the time to ensure student progress”.

“However, standards are rising,” the report said.

As reported by FE Week earlier this month, Cambridge UTC is one of a number of the institutions to be expanding to recruit from year 9.

The move, which will take effect from 2018/19, will mean the school will have to halve the number of students it can take in year 10 from 100 to 50 in order to accommodate the year 9 intake.

FE Week reported in March that just nine out of the 20 UTCs to have been inspected to date had been rated good or outstanding – while six had been rated as ‘requires improvement’ and five had been graded ‘inadequate’.

Since then Bolton UTC has also been rated inadequate, while three UTCs have been graded as requires improvement – Heathrow Aviation Engineering, Lincoln and Sir Charles Kao.