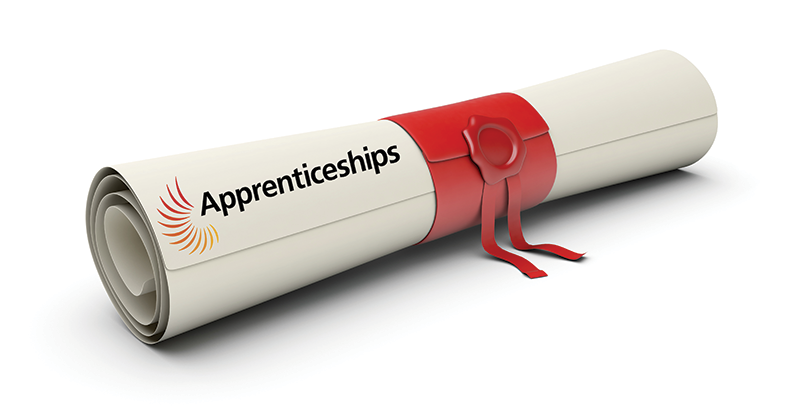 There’s no sign that the non-levy allocations farrago will be solved any time soon – and now higher education leaders are issuing dire warnings about the future of degree-level apprenticeships.

The FE sector reacted in horror after the Education and Skills Funding Agency announced in April that it would pause the procurement process for providers delivering apprenticeships to smaller non-levy paying employers, and would extend existing contracts instead.

To compound the sector’s woes, many universities have now been ruled out of delivering new degree-level apprenticeships to small employers from September, as these cannot be funded through the extended contracts.

It’s a situation that risks the “future growth of degree apprenticeships”, according to Nicola Dandridge, the chief executive of Universities UK, the representative body for higher education leaders.

“Employers want degree apprentices to address key skills needs and to drive growth,” she said, adding that “any region that has many non-levy paying employers, such as the south-west, will see very few degree apprenticeships supported from this procurement, regardless of employer demand or local enterprise partnership strategy”.

The big problem is that providers’ non-levy allocations for existing contracts were worked out on the basis of their previous delivery, a situation which will apply for the eight months between May to December.

As most degree apprenticeships are new programmes starting in September, they cannot be funded by existing contracts.

The pause therefore means that these new degree apprenticeships can only be funded through levy-paying large employers, until December at least.

25 HE institutions – many of them modern universities, those that won their status after 1992 – and 20 FE colleges received funding through phase one of the Higher Education Funding Council for England’s degree apprenticeship development fund.

The cash, which totalled £4.5 million across 18 projects, was awarded in November with the specific aim of developing “new provision to support up to 5,200 new degree apprenticeships” from this autumn.

Alan Palmer, head of policy and research at Million Plus, which represents modern universities, said the procurement pause “puts at risk” this commitment.

He said that modern universities had “been at the forefront of developing degree apprenticeships” and the procurement pause would “impact on the ability of universities to play a full part” in government skills policy.

“This demonstrates the importance for the ESFA to better understand the needs of universities, and ensure that the system of apprenticeships works for all providers,” he said.

The University of the West of England received £350,000 through the fund, in partnership with Weston College, City of Bristol College, Gloucestershire College and Bridgwater College, to develop new degree apprenticeships in nine subjects, including digital technology, aerospace and electronics.

The university, which successfully applied to the register of apprenticeship training providers, had been planning to deliver the new apprenticeships to both large, levy-paying employers and smaller companies.

Kerry Featherstone, director of the University of Sheffield’s Advanced Manufacturing Research Centre Training Centre, said the “lack of funding for non-levy employers is a concern and could lead to disadvantaging some employers and learners”.

The university received £160,495 through the DADF to develop engineering degree apprenticeships in partnership with its neighbour, Sheffield Hallam University, with the aim of having 90 starts in September 2017.

Jackie Dunne, its deputy vice-chancellor for access and lifelong learning, said the university had “spent considerable time and effort raising awareness of degree apprenticeships among levy and non-levy payers” and had evidence of “clear demand” for the programmes.

“Following the recent announcement, there is a concern that the university may not have sufficient funding in place, to provide the levels of support it has been promoting as part of government’s drive to grow degree apprenticeships,” she said.

Jane Lowe, the University of Derby’s acting head of apprenticeships, told FE Week that it was still “assessing the full impact of the allocation”.

“The scale of what we had hoped to deliver will not be possible, although we are working to adapt our plans in the short term,” she added.

FE Week asked the ESFA and HEFCE to comment on the concerns, but neither could respond due to the period of purdah in the run up to the general election.

What is the degree apprenticeship development fund?

The £8.5 million fund, first announced by the former Department for Business, Innovation and Skills in March 2016 and managed by the Higher Education Funding Council for England, is designed to increase the number of degree apprenticeships on offer.

These are apprenticeships at levels six and seven, and they were launched in September 2015.

The first phase, announced in November, awarded £4.5 million to fund 18 projects, while applications for the second phase, worth £4 million, close June 6.

Case study: University of the West of England

The University of the West of England secured £350,000 through the degree apprenticeship development fund, alongside its four college partners, to develop new programmes in nine subject areas.

Dr John Lanham, its assistant vice-chancellor, told FE Week that the university had a “portfolio of about a dozen programmes” launching in the autumn.

He described the new apprenticeships – the first the university will offer – as “an important part of our development”.

Although “levy payers are the key focus, they’re the conversations we’ve been having”, the university “would have been looking to offer to some SMEs” as well, he said. Dr John Lanham, University of the West of England

But because the university doesn’t have an existing apprenticeship contract to be extended with the Education and Skills Funding Agency, it will not be able to offer degree apprenticeships to non-levy employers from September – a situation Dr Lanham described as “frustrating”.

“As a university we work with large and small businesses in the city region; we’ve got a range of products and services, and everything else we offer is available to everybody,” he explained.

Having received funding through HEFCE to develop the programmes, he said the university “had the added conundrum that we’ve been given a chunk of money in the right hand and then the left hand is telling us no, you can’t use it”.

“It’s based on past performance, past qualifications, so the very thing they’re trying to say they’re doing, their own practice, is not following through on the policy.”

The Department for Education updated its Find an Apprenticeship website at the beginning of May to include a feature that allows employers to select whether they are levy-paying or not.

This hides the providers without an allocation from non-levy paying employers, so they know which providers are currently able to work with them.

The ‘find an apprenticeship’ system was launched in December 2014, with the aim of giving users a more effective way to search and apply.

People using the old apprenticeship vacancy system were redirected to the new site from May 2015 and encouraged to create a new account.