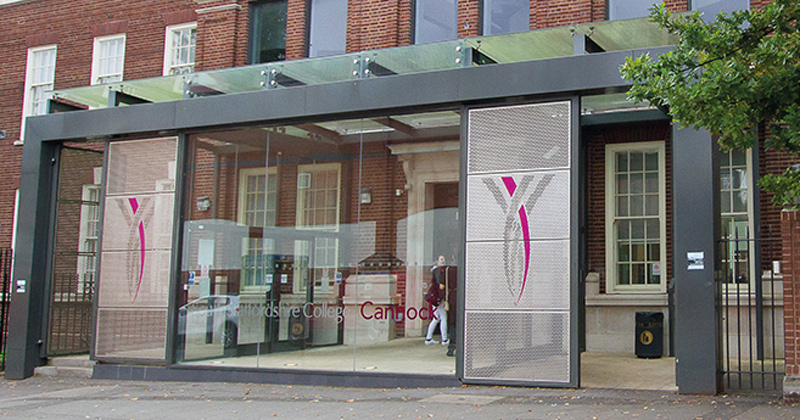 A college’s controversial decision to close a campus that had only recently been refurbished – at a cost of £6 million – has put it on collision course with its local council.

South Staffordshire College made the decision to shut its Cannock campus after merger plans with Walsall College, which were recommended by two separate area reviews, fell through.

The work was completed in 2013, but provision is expected to cease in July, after which learners will be “relocated to the nearby sites operated by the college”.

The move has dismayed local councillors who claim it will leave the entire Cannock Chase Council district without an FE base.

Jamie Smith, the college’s director of strategy and infrastructure, told FE Week that it continued “to own the building” and was “discussing multiple options with partners in the region, which could include partial use in future”.

He added: “We will – as always – explore all options to mitigate against job losses. This is why we are focusing on relocating and redeploying.”

The planned closure is also not the first for the struggling college, which wound up its Progress Centre, also in Cannock, in 2016. Learners from the unit, which is currently being sold off, were relocated to one of the college’s other campuses in nearby Rodbaston.

Tony McGovern, the managing director of Cannock Chase District Council, was one of a number of angry councillors. He complained that the decision “will leave Cannock Chase as the only district out of eight in Staffordshire with no FE facility at all, in the area of highest need in the county.

“The district council is obviously disappointed that the college has made this decision on financial grounds, and considers that the implications of closure of the Cannock site are likely to be negative for young people and their families who want to access locally provided FE courses in the future,” he said.

Mr McGovern said the council was “made aware of the college’s financial situation” on March 21, after the decision not to pursue a merger was made, and had subsequently tried to provide “potential solutions over the last four weeks”.

The University and College Union’s regional official, Anne O’Sullivan, told FE Week that the decision to close the Cannock campus was “a blow for local students and staff”.

She added: “Our priority must be to protect jobs and ensure that courses are not cut as a result of the campus closure, so we will approach talks with management with that agenda.”

The merger between South Staffordshire College and Walsall College was first suggested in the Stoke-on-Trent and Staffordshire area review in November 2016.

The final report said that “collaborative working” would “enable opportunities to deliver savings”, “support the expansion of apprenticeships” and “develop progression routes to higher education to meet local skill needs”.

It claimed the merger “would create a college with a £59 million turnover” and “the financial strength of Walsall College would impact positively on South Staffordshire College”.

This proposal was then repeated in the final report of the Black Country area review in January.

However, South Staffordshire College told FE Week on May 3: “The cost of the merger outweighed the benefits to the learners and the wider communities we serve.”

The governing bodies of both colleges issued a joint statement, saying: “Following extensive discussions and comprehensive due diligence, both colleges have concluded that a formal merger is not the best solution at the current time.

“Both organisations will continue to collaborate and work together outside of the complexity of a formal merger.”