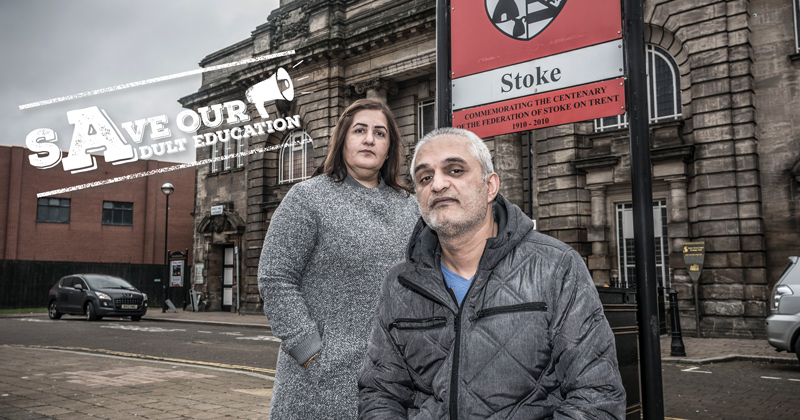 Learners left with huge loan debts and no qualifications when their providers went bust have had their repayments deferred for a year in a partial victory for FE Week’s campaign for loan justice.

We have been demanding government action on the issue since January, when we discovered hundreds of learners were on the hook for thousands of pounds in FE loans they couldn’t use after their provider John Frank Training suddenly went bust – and the government wouldn’t write off their debt.

We soon found many more learners affected by the collapse of Hampshire-based Edudo Ltd and Darlington’s Focus Training & Development Ltd, and immediately launched a campaign to force the government to let them off their debts – part of #SaveOurAdultEducation.

Now, after months of sustained pressure, the government has indicated for the first time that it could be softening its position.

FE Week has seen a letter sent to the thousands of students affected by provider collapses, telling them that the government will “defer your repayment status for one year”.

“Our priority is to help support affected learners and make sure they can transfer to a new provider as soon as possible and continue with their learning,” said a spokesperson for the Department for Education.

“To ensure affected learners are supported, we have written to the Student Loans Company asking it to take appropriate steps so that any loan repayments will be deferred during the April 2017 to March 2018 tax year.”

He added the department was “considering whether any further action is needed to avoid learners being unfairly disadvantaged”.

An SLC spokesperson also conceded that “in some cases, repayments had already started and SLC has notified the employers of those in this situation to stop any further payments being taken”.

He added: “SLC has written to all students affected to confirm that their repayments have been deferred for one year.

“If they do not meet the criteria for repayment in April 2018 we will not start to make any repayments until they are eligible to do so.”

Asim Shaheen, aged 49, was a former learner with John Frank Training who was left more than £8,000 in debt after it went bust under murky circumstances in November.

He works nights as a chef and told FE Week that his bosses at a restaurant in Stoke had recently received a letter from the SLC asking them to start deducting loan repayments from his wages. Another was sent a week later, saying there had been a mistake and that deductions were not necessary, he claimed.

Mr Shaheen also received the letter sent to affected learners, which said: “We can confirm that we will defer your repayment status for one year.

“This means that if you meet currently meet the criteria for repayment of your advanced learner loan, or meet the requirement within the next tax year, we will not start to take any payments before April 2018.

“This is to allow you sufficient time to make alternative arrangements to complete your qualification.”

He told FE Week that he was pleased the government had recognised the leaners’ plight and had held off on repayment demands.

However, he insisted that “they haven’t solved the problem”, and “are just putting it on hold for a year. It isn’t fair of them to carry on demanding repayments in the long term, and I hope the deferment gives them time to think and do the right thing: write-off our loans.”

FE Week will continue campaigning for the loans to be scrapped, so watch this space.