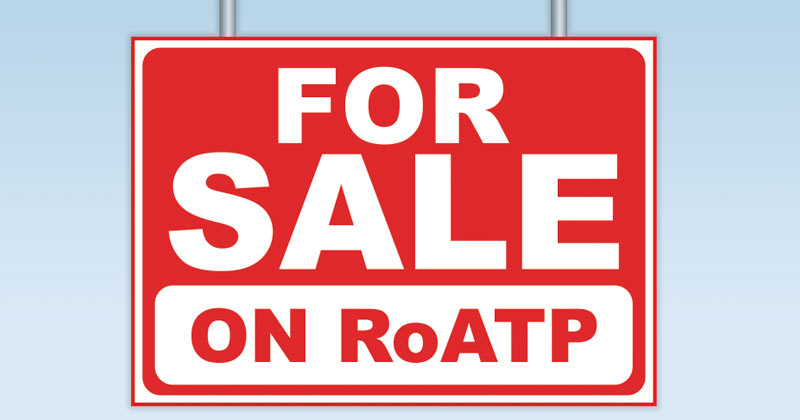 A company with no apparent track record or trading history is being put up for sale because it managed to win a place on the new register of approved training providers, FE Week has learned.

What’s more, multiple companies that do change hands may even be allowed to remain on the register, according to a government spokesperson, who told FE Week that such decisions would be made on a case-by-case basis.

The register, which lists providers that will be eligible to deliver apprenticeships from May, was published in March – and at least 19 colleges with a combined current allocation of £44 million initially missed out, even though many other providers were accepted despite a complete lack of experience of running such training.

FE Week has now seen a post on the LinkedIn page of a consultancy group called The Leadership Team, which provides services to colleges, training providers and employers, offering one such RoATP newcomer for sale, along with another listed on the old register of training organisations.

“We have an RoATP and a ROTO company for sale currently,” it said.

“Both have conducted no transactions and their owners have decided not to pursue funded training.

“If you would like to purchase please email your interest.”

FE Week understands the usual rate for this type of sale is around £50,000.

We invited The Leadership Team to respond to criticism that the RoATP was being used as a selling point.

“It is normal for owners of companies, whether they are on ROTO, RoATP or not, to buy or sell businesses with a view to making a profit,” she said.

“With the amount of change in this sector we believe that there will be many more mergers and acquisitions, large and small, within the next 12 to 18 months.”

But Anne-marie Morris, a team leader and assessor at Acacia Training, a provider which did not get a place on the RoATP despite its ‘good’ rating from Ofsted, disagreed, claiming the sale was “a typical example of how inadequate the whole process was for the RoATP”.

“The Education and Skills Funding Agency have enabled companies to use their acceptance on to the register as a selling point to exacerbate asking prices,” she added.

FE Week asked the Department for Education for clarification around rules for selling providers on the register.

A spokesperson said providers must notify the ESFA if there were a change their name and/or ownership.

Under the Apprenticeship Agreement for Training Providers, the ESFA then has the right to terminate the agreement if they think the sale could affect the organisation’s ability to deliver the contract.

The Leadership Team’s LinkedIn page also shows that it apparently also works in a brokerage capacity to match employers with providers for apprenticeship delivery, and offers bid-writing services for applications to RoATP.

The firm has launched a “gold” members-only “community of RoATP providers”, again promoted on LinkedIn, which it
says providers can apply to join to gain access to “employers, funding and partnerships”.

In February, the former Skills Funding Agency – which has now been merged into the new ESFA – banned the use of public funds to pay brokers’ fees.

But Ms Myles insisted The Leadership Team’s gold membership service was not in breach of this regulation.

“We are fully aware that prime providers cannot utilise the funds in their digital account to pay ‘brokers’ – we are not brokers and this is not our business model,” she said.

“We have a very experienced team of people with significant sector experience including people who have worked previously at the SFA.”