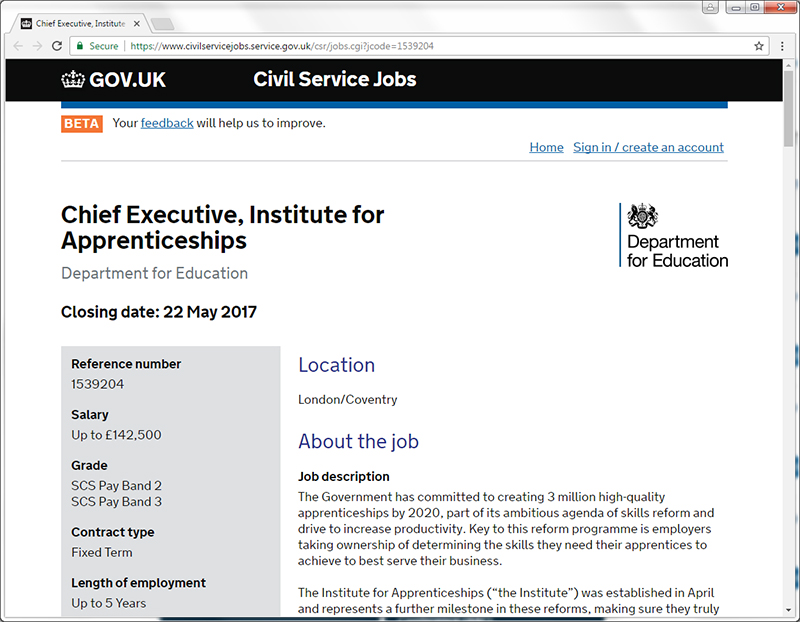 This afternoon the Institute for Apprenticeships advertised for a chief executive. The IfA launched this month and is expected to have an annual budget of around £8m and up to 80 staff.

Perhaps surprisingly it is only a fixed term contract, of up to five years, with a salary of up to £142,500.

The advert says a key role will be “to guide the Chair and Board through the tension inherent between being an independent Crown body and one that is funded by public money. This is a tension with which the board is likely to be unfamiliar and successful navigation through it will be key to the organisation’s success.”

FE Week understands the government wanted the IfA to have a permanent chair in place, which was recently announced as Antony Jenkins, before advertising for a chief executive.