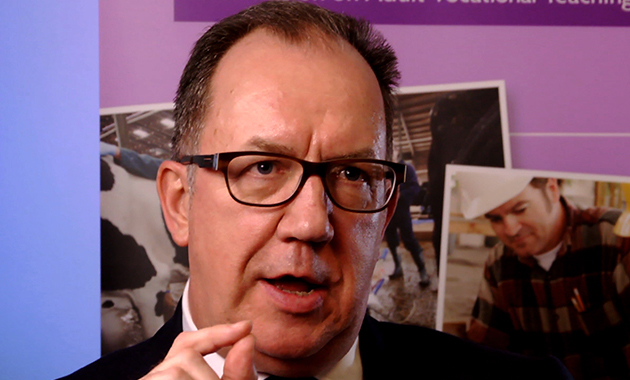 A new FE principals’ leadership programme has been announced – backed with more than £1 million of government cash.

The new training programme, which will be delivered by the Saïd Business School on behalf of the Education and Training Foundation, was unveiled today by the foundation’s associate director for leadership, Sir Frank McLoughlin.

It is designed to boost the capacity of individual principals and CEOs, as well as their colleges or training providers and the sector as a whole, and funded to the tune of £1.27 million for the first year by the Department for Education, although participants will have to pay an additional fee, estimated to be around £3,000.

It’s understood to be the first new leadership programme specifically for the FE and skills sector since the demise of the former Learning and Skills Improvement Service in 2013.

Former City and Islington College principal Sir Frank told FE Week that the DfE’s investment in the programme reflected the growing importance of FE and skills to government policy.

“This is a recognition that the key to the success of any organisation is its leadership, and if you’re going to get the best leadership you need to invest in it.”

He described the involvement of Saïd Business School, one of the top-ranked business schools in the world according to the Financial Times, the Guardian and Times newspapers, as a “major coup” for the sector.

Involvement in the programme is designed to boost participants’ skills in a number of key areas, including an enhanced capacity to operate at a senior level in a complex and fast-changing environment, and a greater ability to plan, lead and implement strategy for long-term sustainable advantage.

The exact programme is still being worked out, but will include input from the FE commissioner, among others.

It’s being developed in partnership between the business school and the ETF and will include three modules.

The first and third of these will be three-day residential units at the business school, while the second unit will be delivered digitally.

There will be some extra work for participants “to optimise their learning”, Sir Frank said, “but we don’t want so much that it becomes onerous”.

Participants will also benefit from additional coaching and mentoring support, as well as peer support through ongoing ‘action learning sets’, made up of fellow principals and CEOs.

A total of 100 people will be able to take part over the first year, split into three cohorts.

A start date for the first cohort is expected to be announced around Easter, Sir Frank said, along with details of how to apply to the programme.

LSIS, which came out of the former Centre of Excellence for Leadership, ran a number of programmes for FE leaders including a senior leadership and management development programme and a new principals’ programme.

A programme for Chief Finance Officers to help them to become commercial leaders was also announced by the ETF today.

That programme, which is funded through a £0.5 million investment from the DfE, is being run in partnership with the Institute of Chartered Accountants in England and Wales.

Delegates on that programme will also be expected to pay a fee, although this has yet to be set.

An ETF spokesperson said: “We are charging for the programme because DfE grant funding is only year by year, and we wish to develop the programmes the sector needs.

“The sums raised will help us refine and deliver the programme in future years.”