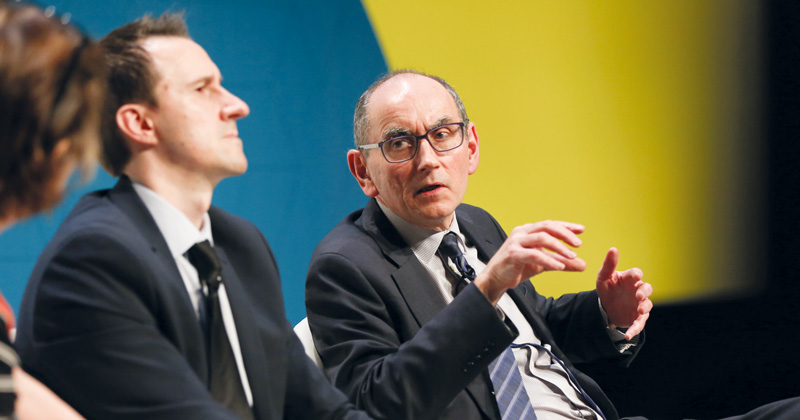 There has been no modelling done by the Skills Funding Agency to predict how many providers will eventually end up on the new register of apprenticeship training providers, its boss has admitted.

Peter Lauener’s stunning revelation will be of concern to many in the sector, not least the new Ofsted boss Amanda Spielman, who admits in an exclusive interview on page 6 that she’s “worried” about the impact the register will have on her resources, given that it has already nearly doubled the number of providers that are now in line for inspection.

Speaking to FE Week following a question and answer session on the forthcoming apprenticeship reforms at this year’s Annual Apprenticeship Conference, Mr Lauener said “we do not have a modelled view” on how many providers he expects will be on the register in a few years’ time.

“We don’t have a view of how many will be on there and it is something we’ll have a better fix on over time,” he admitted. “I think it would be unhelpful to have a view at this stage, not least because we have the levy coming.”

Before the register came into force, there were 793 apprenticeship providers in scope for inspection.

Now however, the RoATP has nearly double that many providers listed, with 1,473 organisations in the frame for inspection when it goes live in May.

To heap problems on Ofsted, the RoATP application process is due to take place four times every year, and sector figures expect this number will rise quickly, perhaps to well over 2,000.

“It is a huge challenge and we are only at the start of the conversations because there is nothing yet to inspect,” Ms Spielman has previously said. “This is about setting up for the future.”

Despite this, Mr Lauener insisted that there is no need for the SFA to project how many providers will eventually make it onto the register.

“We don’t have a view of how many,” he told FE Week. “Why would we have a view about a desired number?”