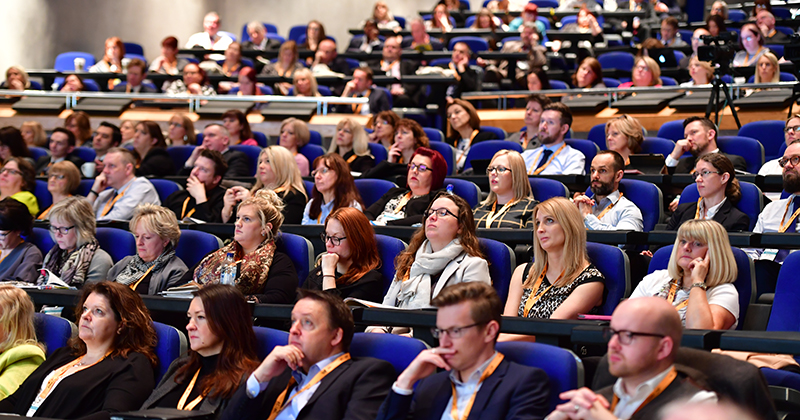 The “new apprenticeship system is the eBay of education” and “will drive down quality”,  the boss of the Association of Employment and Learning providers told delegates at FE Week’s third Annual Apprenticeships Conference.

There were further strong words from the Department for Education’s director of apprenticeships David Hill, who told providers not to “do a deal at a price you can’t deliver quality for”, setting the tone for a conference at which no punches were pulled.

FE Week’s third AAC kicked off on March 22, with a warm welcome from the BBC’s Kirsty Wark to a packed exhibition hall at the International Convention Centre in Birmingham.

Ms Wark, host for the full three days of the conference, set the scene for delegates and looked back on the first ever FE Week ACC in 2015, which she also presented.

FE Week editor Nick Linford followed her onto the stage to walk the audience through the results of a pre-conference questionnaire, designed to gauge delegates’ feelings about the government’s reforms just over a month before the long-awaited launch of the apprenticeship levy.

Mr Linford raised the issue of quality – which would become a particular theme of the conference – showing the audience the slide pictured.
Delegates were most concerned that the quality of apprenticeships would suffer in the government’s effort to increase quantity.

The results revealed that major concerns about apprenticeship quality persist in the sector, with 87 per cent saying they were very or a little concerned at last year’s conference, and 86 per cent saying the same before the event this year.

Next up was the DfE’s Mr Hill, who updated everyone on the apprenticeship reforms, which he labeled “the most significant change in the funding of FE in a generation”. He thanked the sector for its work in boosting both the number of apprenticeships and their successful outcomes.

“This is a period of great change for apprenticeships,” he said.

“We have an absolutely pressing need to improve technical skills in this country to contribute to productivity and competitiveness, and improving skills is right at the heart of the government’s emerging industrial strategy.” Importantly, during questions after his speech, Mr Hill was asked about the risk of employers driving down the price of apprenticeships in the new system. He told providers not to “do a deal at a price you can’t deliver quality for”.

“By 2020, spending on apprenticeships in England will have doubled compared to what was spent in 2010/11,” he said.

“That is a huge opportunity to raise both the number and the quality of apprenticeships.”

“I am absolutely sure we will make those allocations well before the first of May,” he said.

In discussing the new register of approved training providers, launched last week, he acknowledged that dozens of eligible colleges had unexpectedly not made the cut, but declined to answer a question from the host on whether keeping them off was a mistake.

Mr Hill also highlighted the need to “widen participation”, adding that the government would be publishing further guidance “for employers who are keen to create a more diverse and inclusive apprenticeship programme”.