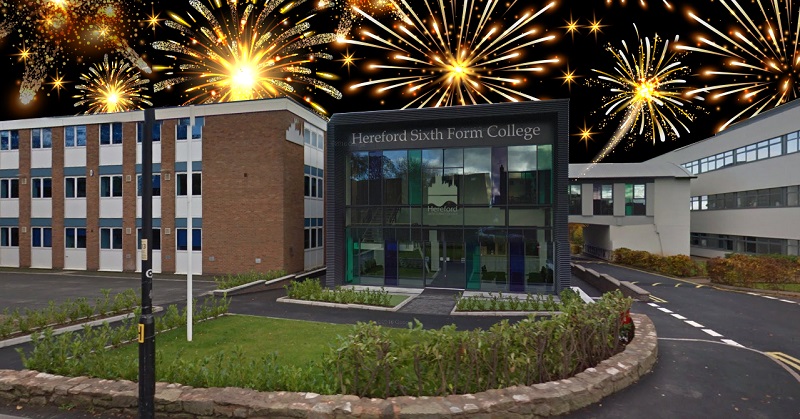 Hereford Sixth Form College has won the race to become the first to convert to academy status.

The provider, which was rated outstanding by Ofsted when it was last inspected in 2008, completed the process to become a standalone academy today (March 1).

Jonathan Godfrey, Hereford SFC principal, said he was “delighted” to win the race to academise.

His college’s new status will “allow us to formalise some of the collaborative work we are involved in with our excellent local 11-16 partner schools” while “the VAT refund will enable us to direct additional resources to the education of our students”.

“As the first SFC to take this step, we have been able to help shape the conversion process and we hope this will benefit other SFCs that become academies in the future,” he added.

“By becoming an academy, SFCs like Hereford will be able to forge closer links with local schools and invest more money in the education of their own students,” he said.

Mr Kewin added that not all SFCs would want to academise “but it is right that they have the option to do so when it is in the best interests of their students”.

SFCs were first given the option to convert to academy status in November 2015 as part of the government’s spending review.

Mr Osborne said at the time that becoming an academy would mean that SFCs would no longer have to pay VAT – which is on average £385,000 for each college, according to the SFCA’s latest figures.

It came after a campaign led by the SFCA to bring SFCs in line with school sixth forms, which don’t pay VAT.

At the moment, the option to convert to an academy is only available to SFCs through the area review process.

Hereford SFC was part of the Marches and Worcestershire review, in wave two, which completed in May.

The recommendation to emerge from that review for the SFC was to “remain stand-alone and develop its proposal for academy conversion whilst continuing to provide its core, good quality offer”, according to the report into the review published in November.

The 2,100-learner provider held a consultation on its plans to convert from September to November, with the initial aim of converting on January 1.

Its consultation document said that conversion would give it “additional funding of between £200- £300k annually”.

An estimated 70 per cent of the country’s 93 SFCs are understood to be actively considering academisation.

FE Week reported in January that a fifth of SFCs had started formal negotiations to convert to academy status.

Other SFCs understood to be close to converting include Priestley SFC, New College Pontefract and Rochdale SFC.

FE Week reported in January that Priestley was planning to convert on April 1, while Rochdale’s website says that it intends to academise on the same date.

Meanwhile, New College Pontefract is expected to convert in the coming months after its application to become a 16 to 19 academy was approved in principle by the Lancashire and West Yorkshire headteacher board on November 30.