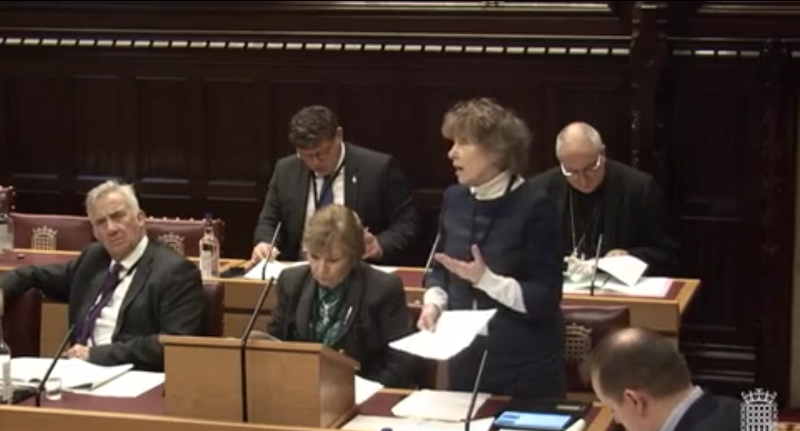 The author of the influential 2011 Wolf Report, on the future of vocational education, spoke out in the House of Lords yesterday.

This came just over an hour after our campaign was officially launched, in the Houses of Parliament, before 200 people.

#SaveOurAdultEducation is calling for advanced learning loans debt to be written off, where blameless adult learners have been left unable to complete their courses if their training provider goes bust.

The government is currently refusing to do this – despite FE Week reports revealing hundreds of learners have been left, for example, at least £8,500 in debt, but with no qualifications to show for it.

“It is extremely important to recognise that a large number of people are now taking out loans who are not in FE colleges and who receive very little protection,” Professor Wolf, who is also a Baroness and became a crossbench peer in 2014, said during a committee session on the Technical and Further Education Bill.

She urged government to extend the protection that will be offered to learners at FE colleges through the bill “to the many thousands of people who have loans and are with training providers, and where a continuation of this flux, collapse or reforming movement among these small organisations leaves them in an even worse situation than in the past”.

Speaking exclusively to FE Week after the session, Professor Wolf said: “I will definitely return to the issue at report stage”.

“People were left with student loans that were really sizeable—especially in relation to the incomes many of them were earning—but no recourse and no obvious regime to help them,” she said.

Private training providers had “been an extraordinarily ill-monitored part of the training sector” until now, she added.

The introduction of loans – particularly to learners at private training providers which can “get overstretched and many start up then close down as they do or do not get contracts” – had “dramatically changed the nature of post-18 education and training across the country”.

“We need to make sure that government accountability catches up with it,” she urged.

The call for unwarranted loan debts to be written-off is one of three demands of #SaveOurAdultEducation.

The third demand is for the introduction of FE maintenance grant loans for adult learners, which would make retraining possible for many more older people, by helping cover their living costs while studying, something that is already available to mature students in higher education.