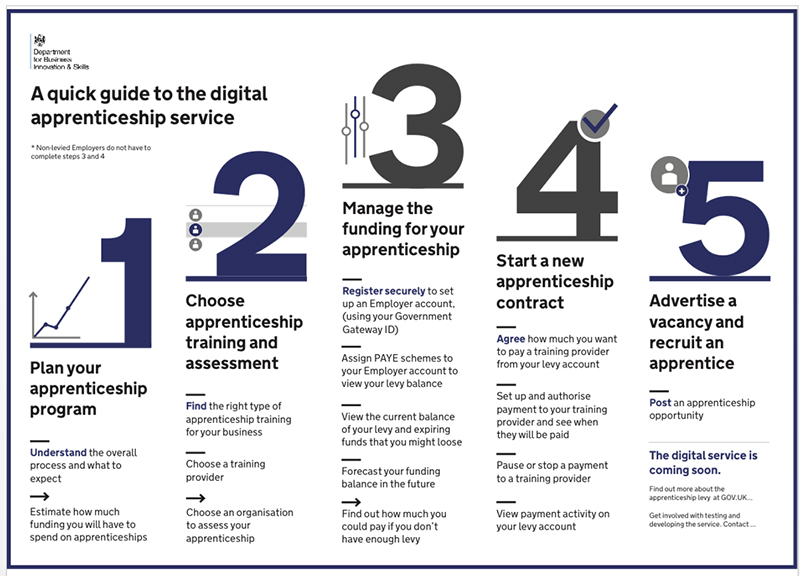 The Digital Apprenticeship Service (or DAS) is due for launch later this month, but will be renamed the ‘apprenticeship service’, FE Week can reveal.

In an email to employer groups, seen by FE Week, the Department for Education said: “The name of the new service through which employers will plan, manage and pay for their apprenticeships has been confirmed as the apprenticeship service.

“This service includes online tools such as Find apprenticeship training as well as a helpdesk and other supporting processes.

“The latter was a clear favourite with employers, coming top in both the testing and the survey.”

An SFA ‘business update‘ said this week: “We have invited some levy-paying employers to register their account on the service over coming weeks.

“We will work with these employers to continue testing and improving the service, before we invite all levy-paying employers to register by the end of February 2017.”