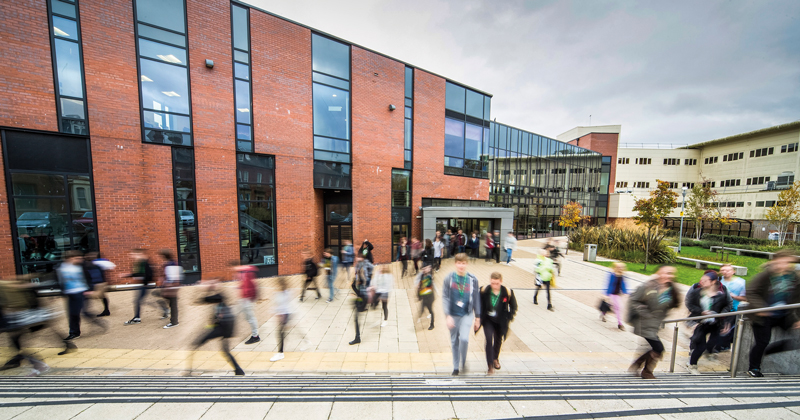 NCG has confirmed it will absorb yet another provider in the north following months of talks.

Carlisle College is to become the fifth FE college member of NCG, when it joins the group in April.

The college emerged from the Cumbria area review with a recommendation to merge with Lakes College, but this move was rejected in favour of a return to talks with its previously mooted merger partner NCG.

The prospect of a merger between Carlisle College and Newcastle-based NCG was first raised last March, and came after the Cumbria-based college turned to its county council for a £700,000 loan in January 2016 to help address a “need for short-term cash-flow support”.

Its chair David Carter said: “The principal and governors see the merger with NCG as the best solution to securing the future success of Carlisle College and we are keen to benefit from the support, expertise, investment and resources of NCG.”

Joe Docherty, NCG’s chief executive, said the group shared the college’s “focus on providing what employers and students in Carlisle need to develop skills for their local economy”, and that he was “pleased to be able to back that with the expertise and capacity of a major national group”.

Down south, meanwhile, Tower Hamlets College and Hackney Community College will be joined by Redbridge College from April 1, after the merger was signed off by the colleges’ governing bodies.

The group also has a new name – New City College – following approval by the Department for Education.

The latest link-up, which follows an earlier merger between Tower Hamlets and Hackney colleges in August, means the group is now the capital’s third largest FE college, according to a statement from the group.

“It will lead to an even more robust organisation which allows flexibility for local innovation and the tailored support for students that our communities need and expect,” he said.

Consultation has also opened on a partnership between Barnet and Southgate College, and Waltham Forest College.

The consultation runs until March 1, with the aim of merging by August 1.

The two colleges had been in discussion about a possible three-way merger involving the College of Haringey, Enfield and North East London, but this was “shelved by agreement” in October.

The sticking point in the three-way link up was differing approaches to governance and management, according to a statement put out by CONEL at the time.

The principal-designate of the merged college is David Byrne, who currently leads Barnet and Southgate.

Ann Zinkin, the college’s chair, described the partnership as a “strategic merger of equals”.

“Our ambition is to create a new and vibrant college that is better able to meet the economic and social challenges that London, our local boroughs and the wider country face,” she said.

Paul Butler, who chairs Waltham Forest, said the merged colleges’ vision was “to be an exciting place to learn”.

All five London colleges were involved in the recent area reviews of post-16 education and training in the capital.

The London reviews are understood to have ended in November, but the final reports have yet to be published.