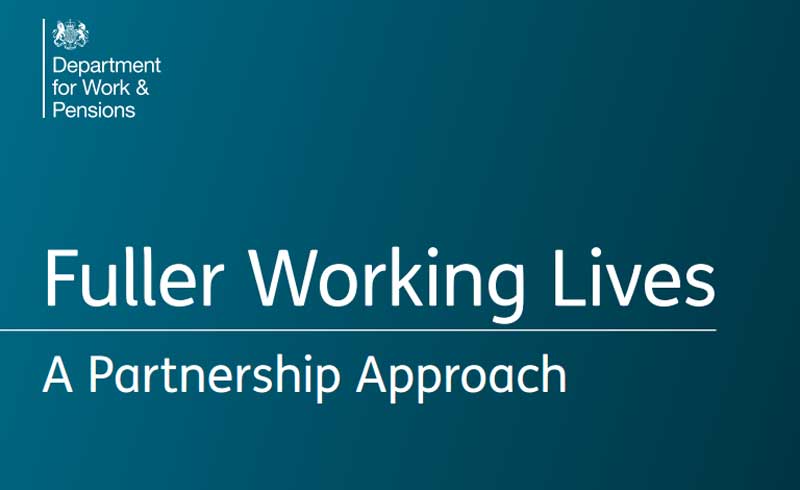 Over-60s are being encouraged to do more apprenticeships, in a new government report looking at how to boost employment prospects in later life.

The report by the Department for Work and pensions, called Fuller Working Lives: A Partnership Approach, was unveiled this morning.

It refers repeatedly to retraining opportunities for people aged over 45, and even for those approaching or past conventional retirement age.

Apprenticeships are referred to as an “all age programme”, and the report said: “We know that older people can and do access apprenticeships”.

It reflects recent refocusing of skills policy away from most policy concentrating on 16 to 19 year-olds, towards adult education, and any moves to drive up apprenticeships for older people would need to buck the trend over the last five years when start levels remained relatively stable.

And prior to 2007 government funded apprenticeships were only available to people under the age of 25.

It said this “could include assessing changes to the costs people face to make them less daunting; improving outreach to people where industries are changing; and providing better information”.

Apprenticeships and skills minster Robert Halfon then exclusively told FE Week that the government was firmly committed to boosting training for older people, saying “We wouldn’t have put this [review commitment] in the industrial strategy if we weren’t serious about it”.

The Fuller Working Lives report has now lamented that older workers can often be overlooked when it comes to new training opportunities.

“Someone in their early 50s, however, can potentially stay with their employer for 15-20 years or longer,” it added.

“There is a clear case for investing in their future and, in so doing, that of the business.

“Some employers are already recognising the importance of retraining, with Barclays and Whitbread among those running apprenticeship schemes for older people and other employers have schemes in development.”

It stressed that recent DWP polling showed that only 15 per cent of respondents not currently retired and under 60 years old would like to stop work altogether and retire between the ages of 60 and 65.

It also refers to work being done by business communities, through local enterprise partnerships.

“DWP is working with a number of employers and LEPs who have recognised the importance of the ageing demographic to productivity and growth,” the report said.

“For example, Enterprise M3 and Coast to Capital LEPs have launched an apprenticeship scheme for older apprentices in Surrey which aims to help older claimants into work.

“In 2014-2015, only a minority of LEPs had identified older workers as an important group within the workforce. Now almost all LEPs recognise that older workers are crucial to filling skills gaps and are planning projects to support older workers.”