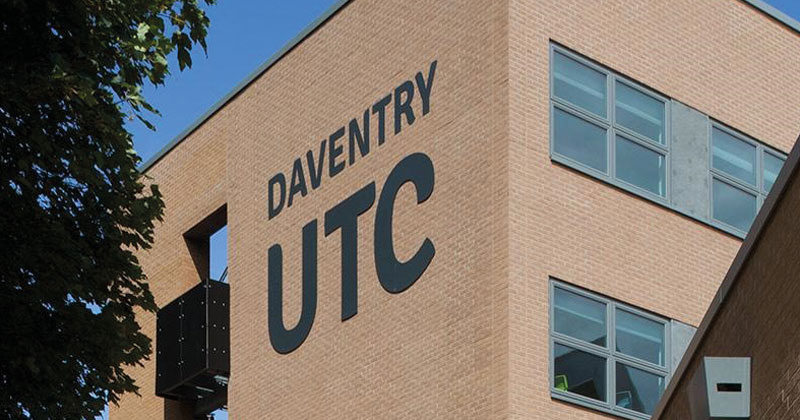 An angry parent of a student “devastated” by the news that her university technical college would close in the summer has demanded to know why the school took on new learners even though it knew it was in trouble.

Daventry UTC, which opened in 2013, announced in early December that it would close its doors at the end of August 2017 due to low student numbers.

John Dove, whose 14-year-old daughter Maisie began at the 14-to-19 vocational institution in September, is now angrily questioning the decision to allow new students in 2016/17.

“I’d like to know why they even took the kids in this year,” he told FE Week.

“I believe they knew full well that if they didn’t get the roll up to a certain number it was going to close. It’s not something that happens overnight,” he said.

She had been badly bullied at two other secondary schools in Daventry, and had been out of school for a year until she was old enough to attend the UTC – where she was having a much more positive experience.

“Maisie was devastated, absolutely devastated, as were we. Having finally found a school where she was settled and happy at, to have the rug pulled from under our feet like that was pretty disgusting really,” he said.

It was hit with a financial notice to improve by the Education Funding Agency in April, due to concerns over its financial management.

When FE Week put Mr Dove’s complaint to Daventry UTC principal Russell Ball, he insisted the decision to close had been made by the Education Funding Agency” two days before parents and children were informed”.

But the DfE told FE Week that the decision to close, which it said had come at the request of the school, was the culmination of a process that began with the financial notice to improve eight months earlier – suggesting that its leadership team would have had a good idea it was going to close at the start of 2016/17.

The UTC has said it would work with local education providers to “bring about a smooth transition for existing students”, including the opportunity to transfer to Silverstone UTC.

This engineering specialist school is located about 20 miles away from Daventry, in the famous British motorsport racing ground.

FE Week’s sister paper Schools Week reported in early January that the cost of transport services between Daventry and Silverstone, which would amount to £1,400 a year for each pupil, will be met by the DfE.

Mr Dove told FE Week that a transfer to Silverstone was Maisie’s “first, second and third” choice because of the bullying at her other schools.

He said he had believed the transfer was going to be “automatic” but was subsequently told he had to apply for a place for Maisie from September, with no guarantee she would get in.

Mr Ball insisted to FE Week that “all children who choose Silverstone will be given the opportunity to transfer – guaranteed”.

Daventry is the sixth UTC to announce closure, with 48 currently open.