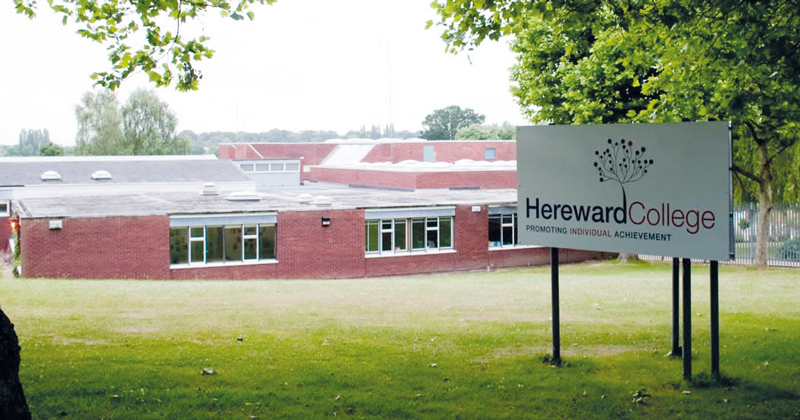 Ofsted has blasted a college for “endemic” sexualised behaviour and incidents of sexual assault in a damning new report.

In November, the inspectorate awarded Hereward College the lowest possible grade for its most recent inspection, which saw it fall from the ‘good’ rating it had earned just 18 months ago.

That report said the college’s safeguarding was “ineffective”, and brought to light a number of alleged incidents of peer-on-peer abuse – at least one of which was under investigation “by another agency”.

The scale of the problem has now been laid bare in detail, in a monitoring visit report published earlier this month.

Based on a visit in December, the new document said that a “worryingly high proportion” of the safeguarding incidents had “involved sexualised behaviour” or “in some cases sexual assaults by one learner on another”.

“Leaders do not have a sufficiently wide range of strategies to tackle this endemic issue,” it found.

Consequently, it urged college leaders to “urgently devise a specific strategy” to deal with “incidents of unwanted sexual attention paid by one learner to another”.

A spokesperson for the Hereward said the college had taken the report on board and had “put in place a number of actions to make the necessary improvements”.

A new safeguarding manager, who will enable the college “to progress safeguarding issues more rapidly”, has been in post since January 3.

“The college is moving forward with a new chair of governors, new board members, a new interim principal and a determination from its dedicated staff to embrace the challenges that the college faces, a resolve to put things right and build upon the good work the college has done and continues to do in supporting its students,” she said.

Hereward is currently led by interim principal Geoffrey Draper, who was appointed in November after the former principal Sheila Fleming left at the time of Ofsted’s visit in October, reportedly due to an illness.

A college spokesperson confirmed to FE Week that Ms Fleming, who took up the post in 2011, is still on sick leave from the college, but refused to say whether she is being paid.

The college provides full-time learning programmes at pre-entry level to level three for people with disabilities and additional needs, and offers both day and residential provision. It had around 570 learners over the previous full-contract year, and receives high needs funding for around 280 learners.

A number of issues raised in the report related to the specific needs of the college’s learners.

These included shortcomings in its newly revised safeguarding policy, which it said “fails to explain the college’s approach to child sexual exploitation, female genital mutilation, restraint, intimate care or bullying, all of which are important issues for this group of learners”.

The policy also failed to address “how learners with profound and multiple learning difficulties or communication difficulties might communicate their concerns or disclose if they were being abused or harmed”.

The report conceded that the college had begun to review its admissions policy, and one local authority has now agreed to “avoid placing learners with challenging behaviours at the college”.

However, it noted that leaders and managers had “paid insufficient attention to how to manage the current mix of learners more safely and effectively”.

“Leaders and managers acknowledge that they are finding it challenging to balance the delivery of the accredited curriculum with the need to increase greatly the focus on personal, social and health education, and in particular sex and relationships education,” it said.

The report found that leaders had “given initial thought as to how to help learners to behave more safely”, but that further work was needed.