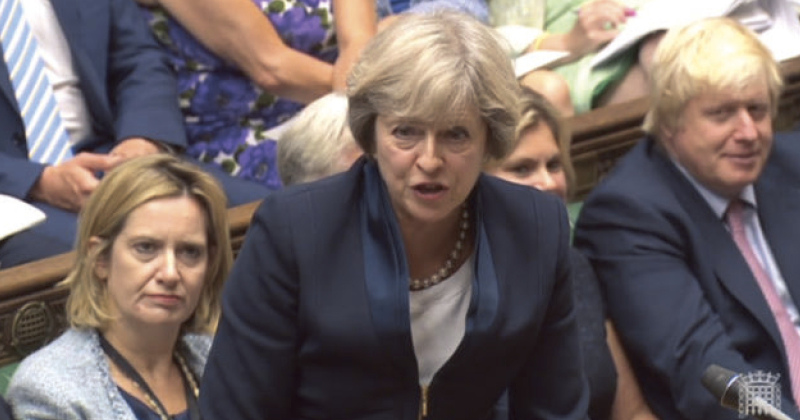 A statement by the Department for Business, Energy & Industrial Strategy says the strategy will “include plans for a radical overhaul of technical education to address its historic undervaluation in the UK and provide a credible alternative to the academic route for young people who choose not to go to university.”

The planned reforms to technical education were first revealed exclusively by FE Week last May and then announced by the government in a Post-16 Skills Plan in July.

This followed a review led by former Science and Innovation Minister Lord Sainsbury,  which was launched by the Department for Education in November 2015. At the time, the review was established to help the government create “up to 20 specific new professional and technical routes, leading up to employment or degree-level”.

The Government has said the Industrial Strategy Green Paper will put forward proposals including:

> “£170m of new capital funding to establish prestigious Institutes of Technology”
The government announced the plan for Institutes of Technology in July 2015, when they published a Productivity Plan. It was light on detail then, and there remains very little detail 18 months on. However, the link to the post-16 Skills Plan is now clearer, with BEIS saying “this is part of a new system of technical education which will replace thousands of qualifications, many of which are low quality, with just 15 core technical “routes”. The routes will be designed specifically to respond to the needs of industry and will help equip learners with the skills in demand from local employers.”

> “Testing ambitious new approaches to encourage lifelong learning”
The government says they will “consider the role of centres of community learning and will review the option to introduce maintenance loans for higher technical education, of the kind government already supports in Higher Education.” The mention of maintenance loans appears to be a reference to the very delayed response to the governments consultation. FE Week reported that last month the government’s failure to fulfill the promise of a decision in the autumn had left the sector “disappointed”, with the DfE simply saying an announcement would be in “due course”.

Prime Minister Theresa May (pictured) this weekend said: “Our modern Industrial Strategy is a critical part of our plan for post-Brexit Britain. As we leave the EU it will help us grasp the bigger prize: the chance to build that stronger, fairer Britain that stands tall in the world and is set up to succeed in the long-term. And it is a vital step towards building a country where prosperity is shared and there is genuine opportunity for all.

“Our action will help ensure young people develop the skills they need to do the high-paid, high-skilled jobs of the future. That means boosting technical education and ensuring we extend the same opportunity and respect we give university graduates to those people who pursue technical routes.”

The Industrial Green Paper, to be published tomorrow “will set out proposals for discussion and consideration and invite views from a wide range of individuals, businesses and institutions across England, Scotland, Wales and Northern Ireland.”

Reaction, as FE Week receives it:

From the UCU
Responding to government plans to invest £170m in technical education as part of an industrial strategy, University and College Union (UCU) general secretary, Sally Hunt, said: ‘It is encouraging that the government has recognised the importance of vocational education and improving skills. However, this sounds like a relaunched skills strategy rather than any new thinking or proper funding. This is a drop in the ocean that will do nothing to solve the funding crisis in further education, which has seen 1 million adult places lost since 2010. If government wants to support technical education it should invest in our further education colleges who desperately need thousands more teachers rather than another set of gimmicks.’

From the Association of Employment and Learning Providers
AELP chief executive, Mark Dawe, said it was “very encouraging that the government sees technical education and skills as such a key component of its industrial strategy” but cautioned against using the £170m in capital funding to “waste time reinventing the wheel”. Mr Dawe said, “buildings are really important focal points, but we must not forget that some of the best training and development is in the workplace and not the workshop, and the Industrial Strategy must keep this at the forefront.”