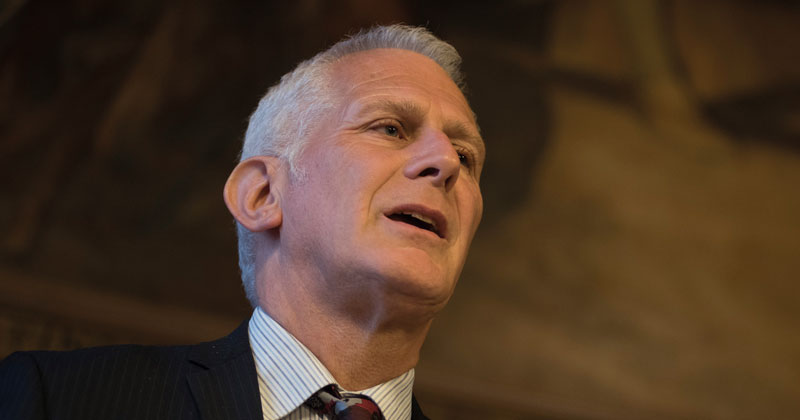 The Institute for Apprenticeships looks increasingly likely to launch without either a permanent chief or deputy chief executive, following yet more delays to board appointments.

With less than three months until the IfA is “fully operational”, the two top jobs haven’t even been advertised – and the Department for Education cannot say when that will happen.

The government is reluctant to say whether any board members have been appointed, despite first advertising the paid posts in June 2016, when it claimed that appointments would be announced in October.

Labour’s shadow skills minister Gordon Marsden has described the creation of the new Institute as “a complete shambles” and claims in an exclusive piece on page 16 that it is “in danger of becoming a huge scandal”.

He writes: “The department has repeatedly pressured stakeholders to ensure they are ready for the apprenticeship Levy and Institute in April.

“They’ve stubbornly resisted suggestions from the sector about a more phased in approach yet now appear in a state of meltdown.

“How can people have confidence in the Institute being effective from April when the Government have yet to even advertise for the key figures who will be running it?”

When FE Week asked the DfE why the hires had been delayed in light of the fact the Institute is scheduled to open in just 10 weeks – it refused to admit that the deadlines had been missed.

“The roles of permanent chief executive and deputy at the IfA will be publicly advertised in due course, following the appointment of the board members,” said a spokesperson.

“The current post-holders were appointed on an interim basis to drive forward the creation of the IfA ahead of its launch in April.”

Deputy director roles were also advertised in October, but again there have been no announcements on who will be chosen, or when.

The Institute has also lost two managers it had previously appointed last year: Rachel Sandby-Thomas and Nicola Bolton, who both acted as shadow chief operating officer.

Ms Sandby Thomas was appointed to the post in March, but left just six months later in September to join Warwick University as its registrar.

Nicola Bolton, the former managing director for trade at UK Trade and Investment, was named shadow chief operating officer in June, but only served five months in the role.

The DfE had no comment on why either person left.

Mark Dawe, the boss of the AELP, told FE Week that delays in announcing the board and a permanent chair “will inevitably delay the recruitment of the CEO”, which would put “yet further pressure on the IfA” which already “faces an incredibly challenging agenda”.

From the public’s perspective, little has changed with the leadership situation since Mr Dawe raised concerns about it more than six months ago, when he spoke at a House of Commons subcommittee hearing on education skills and the economy in June.

“Every time there’s a difficult question,” he said, “we’re told the institute will resolve it – and they haven’t got a board, or a management team or staff yet, as far as I can tell.”