One of the many dilemmas that principals must struggle with is when to appeal against an Ofsted decision. You have to balance the emotional response to the feelings of being unfairly treated with the knowledge that Ofsted seldom admits to being wrong.

My college was inspected in October 2016 and we had been prepared for over a year. The wait is always worse than the actual inspection, but within a couple of hours of receiving the phone call, the lead inspector had been sent position papers, 2015/16 SAR and data, timetables and our strategic plan. We were ready.

The words were inaccurate and emotive

The week went well. We’d hoped for some grade ones but got all twos; however, strengths identified at the final feedback meeting included high learner-outcomes, English and maths, high quality work experience, and excellent partnerships and employer engagement.

It was with great surprise, then, that the written report sent for factual checking included some new additions. The words “college leaders have tackled the lack of pride and ambition that existed in the college” appeared on the front page – in fact, in the second bullet point. These words were not used at any point during the week and the statement is untrue and extremely emotive.

It also said “leaders and teachers should ensure that a higher proportion of learners attend their English and mathematics lessons and achieve their qualification”.

Again, this had not been mentioned as an issue by any of the inspectors.

Also on pages one and two of the report, and listed as part of a significant recommendation, was the statement that there were “lower levels of success for the small group of 16- to 18-year-old learners with mixed heritage”.

The total group of mixed-heritage learners was 22. The percentage difference in success rates compared with other groups was equivalent to two learners. This is important but hardly significant. 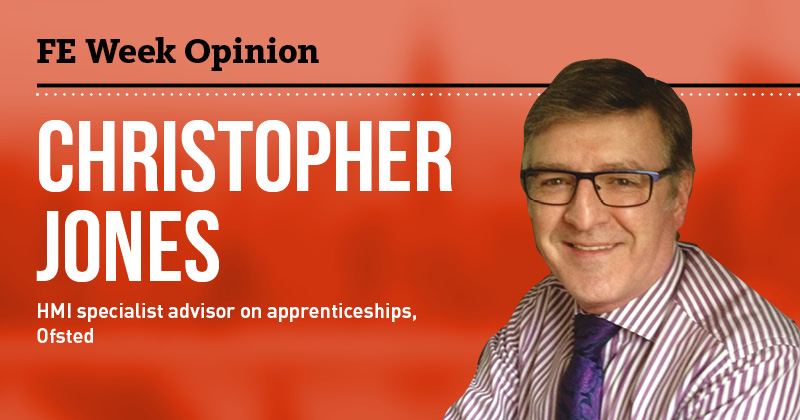 READ MORE: Apprenticeships – what ARE Ofsted inspectors looking for?

As the nominee, and an Ofsted inspector myself, I would have been able to challenge these statements if they had been fed back during the inspection process.

I challenged the statements through the Ofsted accuracy-check process to the lead inspector. I explained that the words were inaccurate and emotive, and that there was no evidence base for the assertion about poor attendance in English and maths. I also pointed out that the mixed-heritage data was not significant.

His formal response was simply this: “No change required”.

For the first time in my career, I was left with a decision: whether to challenge Ofsted or not. Would it be worth it?

Following discussions with the chair of governors, we agreed to put in a formal complaint – the Ofsted term for an appeal. It is not easy to do, as it is based entirely on an electronic form, with a choice of three types of complaint: conduct (inspector behaviour), process (did inspectors follow the handbook?) or judgement (does the evidence match the decision?).

I submitted all of my points under the process category.

As an Ofsted inspector myself, I would have been able to challenge these statements if they had been fed back during the inspection process

An Ofsted investigating officer was appointed and spent time reviewing the evidence and interviewing relevant people.

I asked to have the report suspended until the investigation was completed, as I felt the emotive words would upset many of our excellent existing staff and governors. Ofsted refused and published the report on November 16.

On December 22 I received the formal response. Ofsted had upheld the three complaints. They removed the emotive words from the report and replaced them with: “College leaders have improved the quality of provision. They have created a culture in which staff work resolutely in the best interests of their learners and the college is a purposeful community.”

All reference to poor attendance at English and maths was removed due to insufficient evidence and the mixed-heritage recommendation was removed from pages one and two as it was not deemed significant.

I am left with mixed feelings. I am pleased that Ofsted has proved to be what I always thought it was – a quality-assurance organisation. However, I am disappointed that the initial report went public with an unfair flavour.

But I did learn something: Ofsted isn’t always right first time!