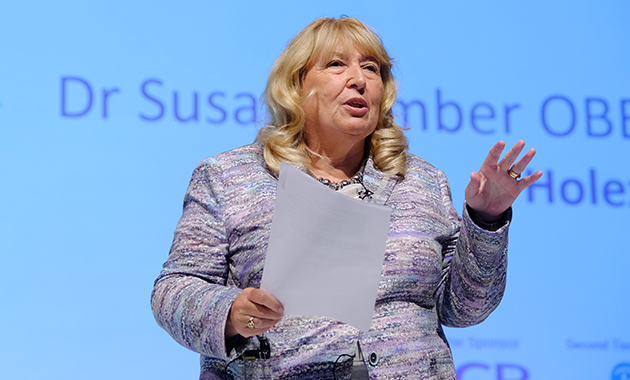 “Very concerning” delays with councils delivering education health and care plans (EHCP) for young people with special needs, which could deprive many of FE support from January, have sparked calls for a government crackdown.

Local authorities are legally obliged to put in place the new plans for young people in FE and training – which are different to previous learning difficulties assessment (LDA) recommendations.

They were given until the end of August to do this for 19 to 25-year-olds.

An extension until December 31 was subsequently provided by the Department for Education – but this was only supposed to apply in “exceptional circumstances”.

Despite this, freedom of information request responses indicate that less than 30 local authorities across the country had transferred all their learners by the August deadline – with 10 failing to transfer a single one by that date.

“They are there as the key tool to help ensure our most vulnerable young people have the right education and training.

“If the local authorities can’t do it, then DFE should step in and sort the issue out.”

She added: “Because there is no fundamental issue with the actual task of doing an EHCP, the only reasons we can see for them not being done is local authorities not prioritising and not having a enough ‎trained staff.

“The‎ reason behind giving this job to them was supposedly they were best placed to do it. They would/ should have known the student from a young age and would have been supporting them through school and therefore reassessment at 16 should have been relatively straightforward.”

Liz Maudslay, policy manager for special education needs at the Association of Colleges, which launched a ‘year of mental health’ in colleges at the organisation’s annual conference last month, said: “It is very concerning that a number of local authorities have not yet transferred students with learning difficulties and disabilities, who have an assessment, onto an education heath and care plan.

“Local authorities must do much more to help get the right support in place as soon as possible.”

Thomas Mitchell, a specialist education law solicitor at Simpson Millar, which lodged the FOIs, added urgent action was needed to stop young people with special needs bearing the brunt in the new year, if their ECHPs have not been completed.

He warned: “If all EHCPs aren’t in place by December 31, these young people could find themselves without the necessary college support or placements.”

The DfE told local authorities over the summer that justification for delaying EHCPs in “exceptional circumstances” should “avoid any disruption to high needs support”.

But it stressed: “These cases should be the exception not the rule, and cases where an EHCP assessment is still underway by September 1 should be particularly exceptional.”

The FOI responses by 136 local authorities indicated that almost as many learners did not have an EHC by the original deadline, as the number who had one – 4,529 compared to 5,336.

LDAs were replaced with EHCPs for all new FE learners with support needs from 2014.

Previous guidance for local authorities, published by the DfE, said: “All young people who receive support as a result of an LDA who will continue in FE or training beyond September 1, 2016, must have an EHCP by that date where one is needed.”

A DfE spokesperson told FE Week today: “We have brought about the biggest changes to special educational needs and disability provision in a generation and are increasing overall high needs funding.

“We allowed some funding flexibility in exceptional circumstances for local authorities in transferring 19 to 25-year-olds who had LDAs last year to ECHPs. This was to safeguard the interests of young people and ensure their high needs provision was not disrupted.”

She added that “19-25 year olds need the plans to be eligible for high needs funding. However, we allowed some funding flexibility to this rule,  ‎in exceptional circumstances”.

The Local Government Association declined to comment on the delays.