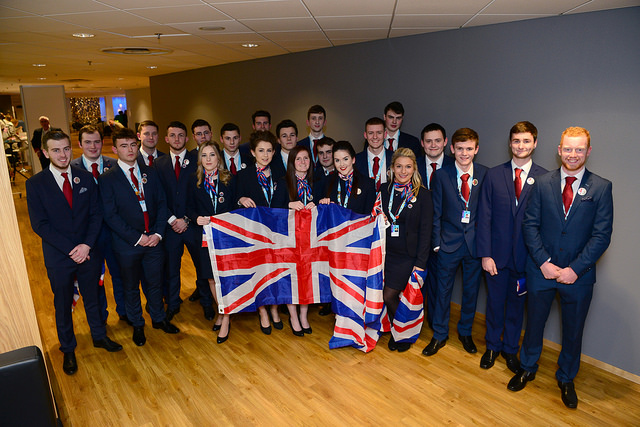 Team UK will tonight find out which of their members have claimed ultimate EuroSkills glory as gold, silver and bronze medals are handed out at the closing ceremony in Gothenburg.

The group of 22 competitors travelled to Sweden for the skills competition earlier this week and have competed against the best in Europe over the last three days.

EuroSkills itself is one of two major international competitions for young people starting trade professions.

Often referred to as a “preparation” event to WorldSkills, which is dubbed as the ‘Olympics of skills’, it is still one of significant prestige to everyone involved.

Competitors, who must be under the age of 25, have come from 28 European countries in 44 different skill areas ranging from landscape gardening and stonemasonry to hairdressing and game design.

As well as gold, silver and bronze medals being handed out to the top three scoring competitors in each skill area, other competitors who have reached the ‘international standard’ in their skill will be given a medallion of excellence.

Members of Team UK have taken a long journey to make it to the finals.

It included navigation through regional heats and success in national finals at The Skills Show in 2015.

Standout competitors in those national finals were then put into a longer squad of just 85 competitors, with 22 of them being chosen to represent their country at EuroSkills.

FE Week is media partner with WorldSkills UK and will be tweeting the results as they happen tonight @FEWeek.

But who are our Team UK competitors and what did they have to do?

We’ve detailed each one below with pictures taken during the competition, so you can follow their medal winning progress later tonight.