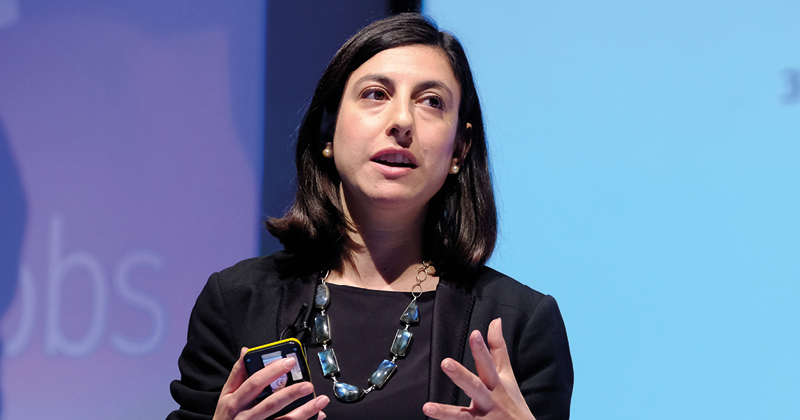 A government-backed careers company does not cater to every college around the country, including the whole of London, FE Week has learned.

We have repeatedly pressed the Careers and Enterprise Company, which was set up in July 2015 to connect young people with the world of work, for details of the colleges that it works with.

After being told three months ago that we couldn’t have the information for “data protection” reasons, we were this week finally given a list of the colleges and local enterprise partnerships in its “enterprise adviser network”.

It revealed a postcode lottery for FE coverage, with 15 LEPs not covered – and London completely absent.

Claudia Harris, CEC’s chief executive, confirmed that the company did not work with any of the capital’s 44 FE and sixth form colleges.

During an exclusive interview with FE Week, she blamed the lack of coverage on “ramp-up”, and “the fact that we are only 18 months in”.

“The offer will be made available to all schools and colleges over the coming years,” she said.

Ms Harris said the CEC was working with “nearly all” local enterprise partnerships across the country, but the list of colleges that FE Week saw listed just 24 of the 39 LEPs.

And despite being titled ‘list of colleges in the EAN’, the document also included around 35 schools alongside 44 FE colleges and 21 sixth form colleges. It’s not clear if the CEC is working with any of colleges in the 15 uncovered LEPs. Ms Harris told FE Week the list was not complete and “the missing LEPs are areas we’re waiting for returns from”.

She added: “To be honest, we needed to get permission from each of the LEPs to share the data, which takes a bit of time, so it’s basically that we haven’t done that yet in all of the LEPs”.

She admitted that “we’re not working with colleges” in some of these LEPs, as the CEC’s enterprise coordinators had only “been in post for a few weeks”.

“We’re really pleased we’ve got 80 coordinators. We’re pleased that we’ve got so many schools and colleges signed up, but it’s very early days,” Ms Harris said.

Her organisation, which is thought to have been backed by more than £70 million of government funding, boasted of working with over 700 schools and colleges in July.

Its enterprise adviser network was described by former education secretary Nicky Morgan as the “cornerstone of the company’s work” during a speech at CEC’s conference in May this year.

It uses paid enterprise coordinators, who work with volunteer enterprise advisers, to support schools or colleges in their efforts to improve careers guidance and work-related education.

The aim is to help them “connect better” with local businesses and develop an employer engagement strategy.

The coordinators, who are cofunded by the CEC and local enterprise partnerships, each have a patch of 20 schools or colleges, while the volunteers work with an individual school or college, Ms Harris said.

“There are a whole bunch of colleges that clearly benefit from the offer – they’re colleges which are smaller, or which don’t have very strong employer links, and they therefore need this coordinator and work with our enterprise advisers,” Ms Harris said.

Larger colleges that already have these links in place could “become the hub that then provides the employer connection to some of the local schools”, she added.