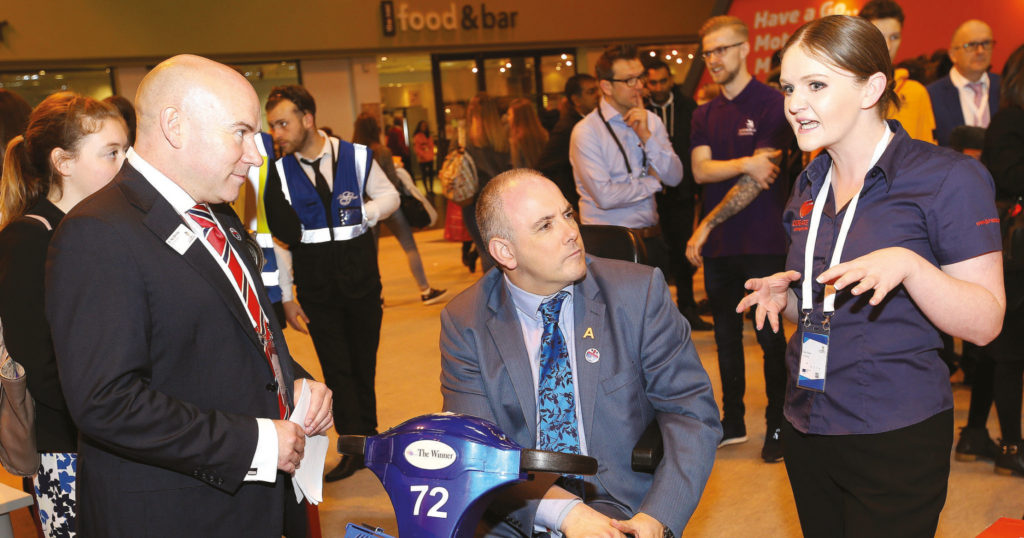 Around 200 of the UK’s top vocational learners were rewarded with gold, silver and bronze medals at the closing ceremony of the Skills Show on November 19.

Medals were awarded to the best entrants in 61 different skill areas, with a further 29 young people highly commended for their efforts.

It was colleges from Scotland and Wales which emerged as the big winners of the night, with the two countries claiming the top three places on the official medal table.

City of Glasgow College, which was best overall in 2015, came second, followed by Coleg Sir Gar in third.

Speaking after the medal presentation Neil Bentley, chief executive of WorldSkills UK, said: “It has been an incredible, inspiring and hugely successful Skills Show culminating in a ceremony to honour the very best young talent Britain has to offer.”

I congratulate every one of the competitors and wish them every success, especially in their future jobs

The closing ceremony marked the end of this year’s national skills competitions finals and Skills Show 2016, which saw more than 90,000 people walk through Birmingham NEC’s doors from November 17 to 19.

An abundance of careers advice from leading employers such as Dyson and Jaguar Land Rover was on offer at the show, as well as the chance to have a go at more than 50 different skills, and the opportunity to speak to past WorldSkills UK competitors.

More than 500 talented young people took part in the national finals where winners were presented with awards at a special evening event, attended by around 1,000 people, which featured an opening speech by Carol Stott, chair of organisers WorldSkills UK and hosted by TV Presenter Will Best.

Daniel Pickering, aged 17, won a gold medal in mechatronics for UTC Sheffield, who finished in joint fifth position with 12 points, taking home one gold, two silver, and one bronze medals.

Daniel said winning the competition was one of his “greatest ever” achievements.

“I really had to draw on all of my problem solving skills,” he said. “I am so proud to be recognised as one of the best in the UK.”

Abigail Buckingham, an apprentice with The Goldsmiths’ Centre, won gold in fine jewellery making. She said: “It’s been a great competition, an amazing opportunity a totally different experience. You find out for yourself what you like about the trade and this will help you in your future career.”

Skills and apprenticeship minister, Robert Halfon (pictured above), visited the show on the Thursday and dubbed it as the “future of Britain”.

Speaking with FE Week after the results of the national finals he congratulated the competitors and all involved.

“The Skills Show is the future of Britain. It is the competitors that make the show so special and important.

“I congratulate every one of the competitors and wish them every success, especially in their future jobs as examples of all that is best that skills can offer.”

All eyes are now turning to Sweden, where 22 of the country’s top apprentices and learners will be going for gold at EuroSkills 2016.

They will compete against the top European talent under the age of 25, from more than 30 countries in over 35 different skill areas between December 1 and 3 in Gothenburg.

You can download our Skills Show 2016 supplement here. Keep an eye out for our coverage of EuroSkills live from Gothenburg next week.