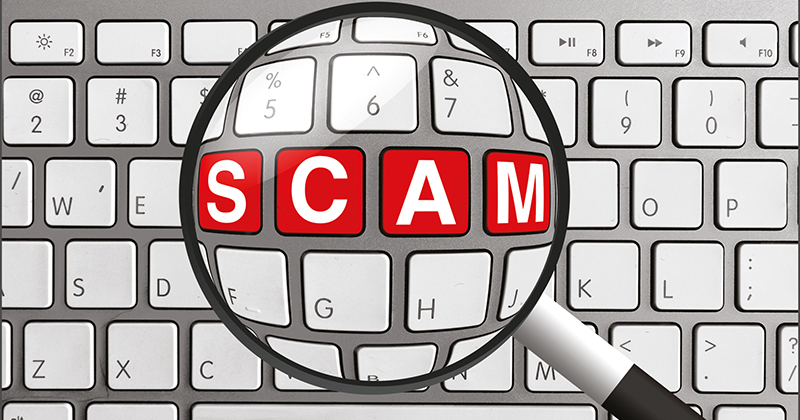 FE colleges have been targeted by a spate of attempted frauds in the past few weeks – including several attempting to capitalise on the fact principals were attending the recent Association of Colleges’ annual conference.

Finance officials at four FE colleges have all received emails purporting to be from their bosses, and asking for transfers of significant sums of money.

None of the colleges were hoodwinked and police are investigating, but principals want to get the word out that FE institutions are apparently being targeted.

The finance director of New College Swindon was asked to make a payment of £9,850 to someone named ‘Antael Nguessan’.

The fraudsters must know that my principal isn’t in today

In an email seen by FE Week, a bemused official wrote: “The fraudsters must know that my principal isn’t in today. I’ve just had the email asking me to make a same-day payment from an email address that has nothing to do with the principal. Am just stringing them along at the moment…”

Both New College Swindon and Northampton College received emails last week (November 15 and 16 respectively), when the principals were at the AoC conference in Birmingham.

The finance officer of Truro and Penwith College received similar correspondence on November 8, while Hartpury College’s vice-principal for business and finance was the first to flag up a scam email, after they received it on October 20.

Each of the colleges identified the emails as fraudulent before any action was taken, and all of them reported their cases to the police.

They also warned other providers of the scam through a discussion forum for finance directors run by Jisc, a not-for-profit organisation for digital services in UK FE and higher education.

Steve Rankine, the director of finance at Northampton College, said: “We take cybersecurity extremely seriously and remain vigilant at all times.

“We received an email purporting to be from the principal, but on closer inspection it appeared to be from a suspicious address.

“We immediately reported the case to ActionFraud.”

FE Week contacted ActionFraud, the UK’s national fraud and cybercrime reporting centre, but could not obtain a comment without the crime reference number, which Northampton College did not disclose.

A spokesperson for New College Swindon said: “Our finance director was emailed on November 15, and guessed it was a scam immediately.

“She obtained the permission of our head of IT to ‘go along with it’ to get more information, and when the other side provided details for a payment to be made she then reported it to the police.

We received an email purporting to be from the principal, but on closer inspection it appeared to be from a suspicious address

“She made the decision to alert the finance directors’ email network, because she was aware it was the AoC conference and wanted to warn other people as principals were likely to be out.”

Truro and Penwith College and Hartpury College declined to comment.

Meanwhile, on November 22, the Sixth Form College in Solihull was sent an official-looking letter claiming to be from the Commercial Register and asking for the college’s details to be updated “cost free” by December 20.

The letter also came with an attached form that required a “legally binding” signature, but closer inspection of the small print revealed that signing meant agreeing to pay a yearly fee of £863 plus VAT for the data to be published “as an advertising insert for a period of three years”.

Paul Ashdown, principal of the college, said: “Our director of finance saw this scam for what it was and no payment was made.

“We have robust financial procedures, which protect the financial security of the college and as those procedures were adhered to, we did not fall victim to this fraudulent request.”

A Department for Education spokesperson said: “We trust schools to make sure their financial management procedures are robust.”