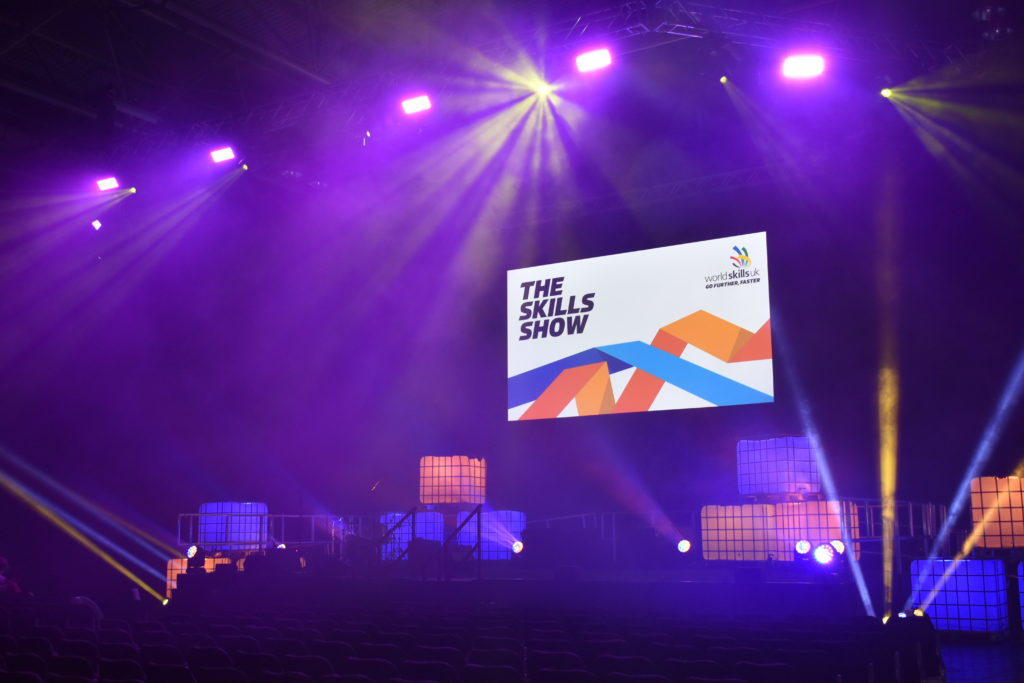 New College Lanarkshire won the most medals and took the top spot with 32 points, made up of four gold, two silver, four bronze and two highly commended medals.

City of Glasgow college, who took the top spot in 2015, came second followed by Coleg Sir Gar in third. The full medal table is available here.

The closing ceremony, which took place on Saturday at Birmingham’s NEC, marked the end of national skills competitions finals.

Winners were presented with their awards at a special awards evening, attended by around 1,000 people, which featured an opening speeche by Carol Stott, chair of organisers WorldSkills UK and was hosted by TV presenter Will Best.

Skills and Apprenticeship minister, Robert Halfon, attended the Skills Show on Thursday and hailed the three-day event as a crucial date in the UK calendar to help bridge a ‘complex’ skills shortage which had arisen over the last five years.

Following the results he spoke with FE Week and congratulated the competitors and all involved.  “The Skills Show is the future of Britain. It is the competitors that make the show so special and important.

“I congratulate every one of the competitors and them every success, especially in their future jobs as examples of all that is best that skills can offer.”

Speaking after the medal presentation Dr Neil Bentley, CEO of WorldSkills UK, said: “It has been an incredible, inspiring and hugely successful Skills Show culminating in a ceremony to honour the very best young talent Britain has to offer. I would like to congratulate all the gold medal winners – indeed everyone who made it into the national finals.

“Over the three days of the event they have showcased their skills to tens of thousands of visitors from construction to engineering to hospitality and services. Sign up Saturday has seen 20,000 job and training opportunities up for grabs from the biggest businesses to the smallest.

“We are proud to have the support of so many companies in so many sectors and of the competition organisers which make The Skills Show the UK’s most innovative skills event. The medal winners will be rightly celebrated by their family, friends and colleagues but also by all of us – they are our future and role models to inspire the next generation of talent into fulfilling careers with skills at their heart.”