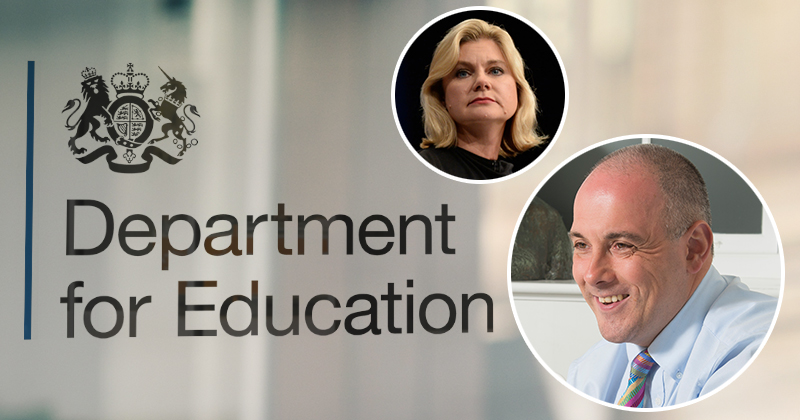 The strongest indication yet has been given that the Department for Education is planning to change its English and maths requirements for post-16 learners, by apprenticeships and skills minister Robert Halfon.

The revelation came during his speech this afternoon at the Association of Colleges annual conference, in Birmingham.
He conceded to delegates that GCSEs are not always the best option for FE students.

“It is clear that we need a credible, high-quality option for students for whom GCSEs are not appropriate or achievable,” Mr Halfon said.

“This is why we are reforming Functional Skills to make sure that they are genuinely relevant to employers, and consequently have credibility and prestige in the jobs market.”

The government made it a condition of funding, in 2014, that all 16 to 19 year olds who did not already have at least a grade C in GCSE English or maths should be enrolled in courses in these subjects.

This was changed a year later to require all of those with a grade D in those subjects to do to a GCSE course, rather than an equivalent ‘stepping stone’ course.

But this year’s GCSE results showed that huge numbers of learners aged 17 and older failed to get the necessary C in English and maths – which Mark Dawe, Association of Employment and Learning Providers described as a “body blow”.

This led to widespread calls for the government to scrap its GCSE resit policy, and replace it with a more employer-focused approach including Functional Skills qualifications, which it is understood the government is considering.

She said: “We all need to think quite carefully about how we strike the right balance between a system that really pushes people, so we’re not giving up on someone being able to reach their potential because it’s hard for them to do that – but also a clear sense of getting them from A to B quickly so they’re not spending time running upwards against a brick wall that they’re not going to get over.”

In January this year the Education and Training Foundation launched a multi-stage consultation on how maths and English Functional Skills qualifications should be reformed.

The foundation was commissioned by the government to carry out the work, which was geared towards collecting views on how the qualifications should be reformed by 2018.

Former skills minister Nick Boles said that he welcomed the consultation was the “first phase of a reform programme which will provide more rigorous and respected Functional Skills qualifications”.

“Both he and the Secretary of State [Justine Greening] have identified the importance of maths and English and the role of functional skills in improving them,” he said.

Ofsted: Campus grades on the cards...

AoC Student of the Year Award...