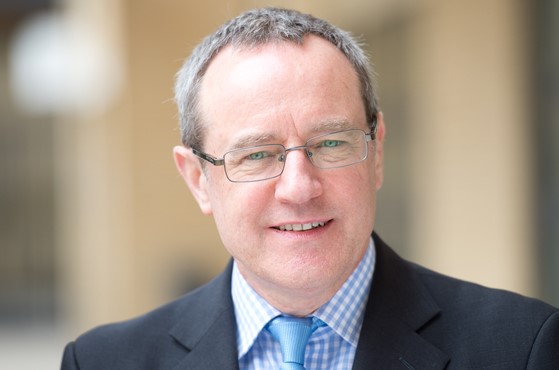 Colleges are heading to “crisis point” in mental health after more than 85 per cent reported an increase in the need for student psychological and emotional well-being help, the president of the AoC has warned.

To combat the growing problem, Ian Ashman (pictured), president of the AoC, announced a ‘year of mental health’ in colleges at the organisation’s annual conference in Birmingham today.

“It is no longer an issue about which we can play lip service,” he said. “The government has a moral, legal and economic obligation to make sure there is proper mental health support provided to everyone across the country.”

The AoC conducted its latest mental health survey in June last year where 85 per cent of colleges reported an increase in the mental health needs of students.

Latest government figures found by the AoC show 77 per cent of NHS Clinical Commissioning Groups have frozen or cut their child and adolescent mental health services or CAMHS budgets.

The association added that while many colleges across the country “work well” with their local service providers, too many are also are ignored.

During the ‘year of mental health’, the AoC is encouraging colleges to “drive a step change in the level of support that mental health agencies provide to students, both young people and adults” as well as focusing on sharing good practice across colleges.

This support is “vital” according to Mr Ashman, who said some students have told him they are “alive today because of the mental health support they received in college and the therapeutic value of their course”.

During his term as AoC president, Mr Ashman said he will be calling on the government to partner with NHS England and Health Education England to promote good practice in engagement with colleges by local commissioners and service providers.

He will also call on mental health service providers in every area to link with their local college, accept more students referred for support and to place health funded staff in every college.

Mr Ashman also wants every college to review their practice against the best in colleges and to engage with local mental health services.

He added: “Colleges work for their communities. Let us stand together to smash the stigma of mental health. People with mental health issues are not alone and are being supported by colleges.”