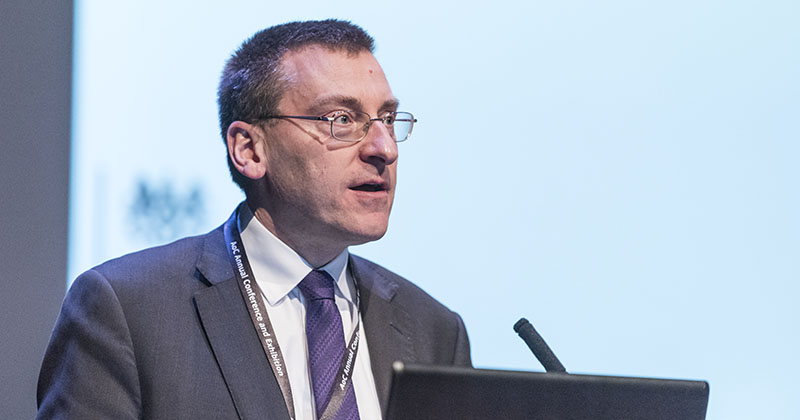 Ministers have decided to extend the five per cent threshold of tolerance on the condition of funding rule into 2017/18 allocations, the director at the Education Funding Agency announced today.

Peter Mucklow told delegates at the Association of Colleges conference this afternoon (November 16) that the decision was made in recognition of the “huge effort” made by colleges and other providers on English and maths.

The condition of funding rule states that any 16 to 18-year-old student that does not have a grade C in English and maths, and fails to enrol in the subjects, would be removed in full from the funding allocations for the next-but-one academic year.

But in September last year the Department for Education announced that it would not fully apply this rule for the 2016/17 allocations, which were based on enrolments for 2014/15.

It said that the penalty would be halved, and only apply to providers where more than five per cent of relevant students (by value) did not comply with the funding condition.

Mr Mucklow said today that this tolerance would also apply to 2017/18 allocations, based on enrolments in 2015/16.

He said: “We said we would keep that under review, and ministers have decided to extend for 17/18 that threshold of tolerance, so that it applies in exactly the same way in that year.”

He continued: “The level of compliance across the whole of the English and maths condition of funding remains at 97 per cent, in terms of that 15/16 performance.

“So it’s recognising that huge effort that colleges and other institutions have gone to ensuring that students have that opportunity and ministers decided to extend that tolerance into the 17/18 allocations year.”

“We are pleased that the government will be extending the tolerance on the condition of funding for one year for these subjects and this is something we called for in our autumn statement submission,” he said.

“The decision recognises the progress that colleges have made in enrolling young people on English and maths courses.”