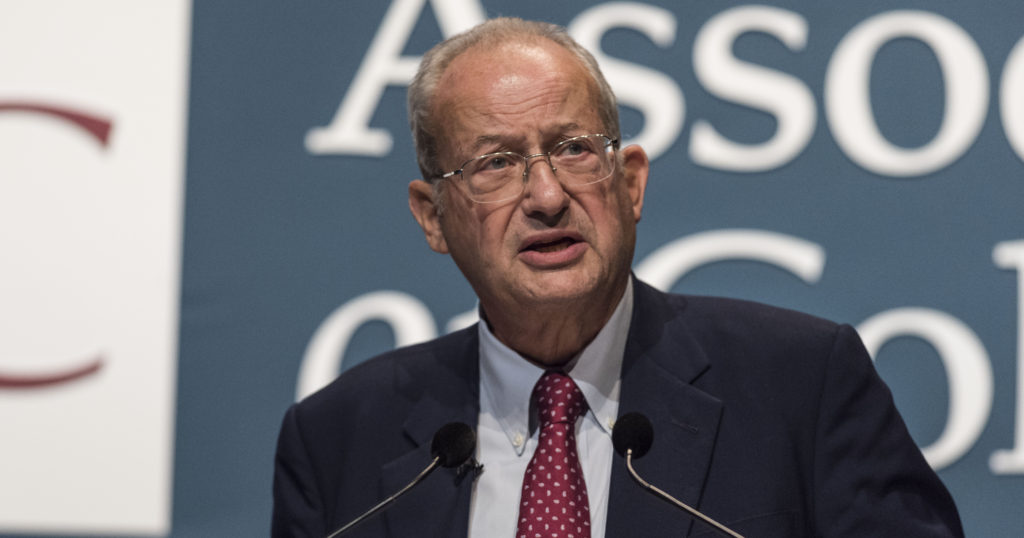 Key government skills advisor Lord Sainsbury has urged ministers to take a more realistic view of the cost of high quality technical education and increase funding, as it implements recommendations on a slimmed down system.

His ‘Report of the Independent Panel on Technical Education’ was a key influence on the government’s subsequent skills plan, which will involve replacing 20,000 post-16 vocational qualifications with 15 new “high-quality routes”.

The comments come after former skills minister Nick Boles indicated there would not be more funding made available to make a success of the skills plan back in July.

Lord Sainsbury told delegates today at the Association of Colleges annual conference, in Birmingham, that his scheme stood more chance of succeeding than other botched government reforms in the past.

However, he stressed the new “high quality” system will need to be properly funded if it is to rival continental systems, particularly in Germany.

When asked by a delegate how he would secure the extra cash, he said: “All I can do is point out what cost is needed and do everything I can to convince the minister that this is needed. You only need to compare to more successful systems (overseas) in how much more they spend to see this.”

He added: “I want to suggest that my report has a better chance because we began by doing what I would do in business by looking at other systems and what we can learn from them.

“One needs to have a national system of qualifications that is well understood and generally accepted.

“Over 22,000 qualifications are currently on offer. Some commentators have joked about the confusing world of post-16 education as ‘if you are not confused about it then you don’t understand it’.”

He added that any talk of government being able to endow the system with parity of esteem without first ensuring its genuine currency with employers is “nonsense”, and also called for a big improvement in careers advice to help convince students vocational training’s a viable option.

Lord Sainsbury also stressed that some 16-year-olds will not be ready for the technical qualifications or A-levels, so they will require a “transition year” which also needs paying for.

Sir David Carter, national schools commissioner, also delivered a speech on the work he does.

He spoke to sixth form colleges looking to join multi academy trusts, stating it should not be viewed as the be-all-and-end-all for improving education standards.

He added a more general approach to supporting all types of education was needed, with schools and colleges co-operating more.

He said: “If we don’t have young people who leave schools with a thirst for more knowledge, to learn skills, they will find it very difficult over the next 50 years.

“I want to make sure that the trusts that we have can answer the key question – is my child getting a better education as a result of being in this multi academy trust than they were before.

“I would like to see the trusts identifying 10 year career plans for teachers. We need to capture that long term knowledge and put it back into the system so we don’t lose it forever.

“One of my responsibilities and my schools commissioner colleagues is to know what me mean by intervening. How do we capture the intellegience around the data to understand what the school really needs. Then it’s the diagnosis – ensuring we give them the best solutions.”