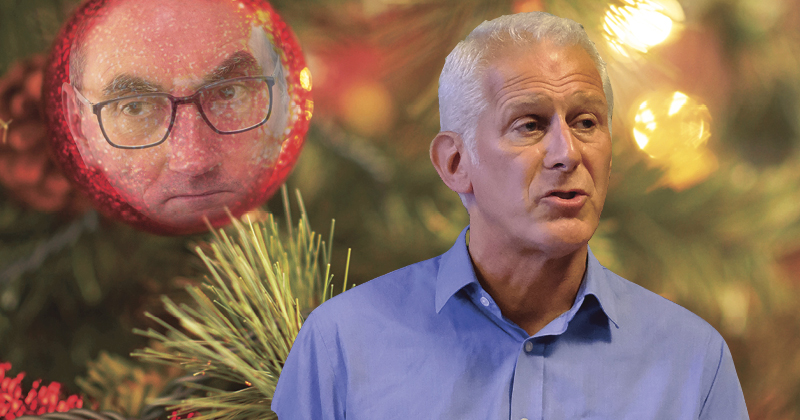 The government’s handling of the new Institute for Apprenticeships has been “shambolic” according to shadow skills minister Gordon Marsden, after it evaded a series of parliamentary enquiries about its capacity.

He says that questions he asked about staffing, resources and appointments in a letter posted on November 1 were dodged.

His queries were prompted by the government’s plans to expand the remit of the Institute, which is set to launch next April, to cover technical education as well as apprenticeships, which were first set out in the Technical and Further Education Bill announced October 27.

But despite the tight timeframe and its new responsibility, he was told only that the “detailed structure” of the IfA was still in development and that the government was “therefore not yet able to set out initial staff numbers”.

It is now “absolutely pressing” that the plans are finalised, Mr Marsden (pictured) told FE Week.

Peter Lauener cannot be expected to be carrying this job until the middle of next year, as if it was another bauble on his Christmas tree

“The questions I put down were based on a very real concern about the fairly shambolic history of the government’s handling of the IfA – and as important, what they’re going to do about it imminently,” he said.

He also urged the government to speed up the recruitment process for a permanent IfA boss.

“Peter Lauener, for all his skills and experience as a senior civil servant, cannot be expected to be carrying this job until the middle of next year, as if it was another bauble on his Christmas tree,” he said.

Mr Lauener, who is also the boss of the Skills Funding Agency and the Education Funding Agency, was named in September as shadow chief executive for two days a week.

So far, only shadow appointments have been made for senior IfA posts, and official information about its scope and capacity is not widely available.

At a recent select committee grilling, the apprenticeships and skills minister Robert Halfon and Department for Education mandarin David Hill were asked whether the role should be full time “given the importance of making sure the institute is up to speed as quickly as possible”.

Mr Halfon assured MPs that the chief executive, chair and board would in post by next April, while Mr Hill said recruitment was underway for many of the key roles, with the board expected to be in place before Christmas.

The latest questions about capacity at the IfA come after former skills minister Nick Boles told senior FE figures at a Policy Exchange event in January that he had “no idea — or if I had an idea I’m not going to share it” about how big the IfA should be.

FE Week later discovered in May that the apprenticeship body was only planning to have 40 members of staff until 2019/20.

A leaked document called ‘BIS2020 — Finance and Headcount outline’, seen by FE Week, indicated that the IfA would take on 40 employees in 2016/17 — and the number would not increase over the next three years.

And a job advert for the permanent chair, posted by the Cabinet Office in early October, said the institute would have an estimated annual budget of £8 million until 2020.

The government advertised for eight board members during the summer, with a salary of up to £15,000 available for each position.