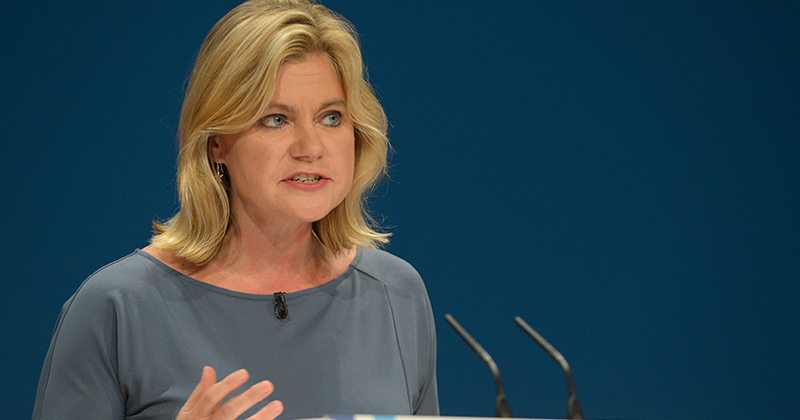 A firm commitment has been made by education secretary Justine Greening to “focus much more” on FE.

She made the encouraging comments during a speech at an event in London today to celebrate the Education Endowment Foundation’s fifth anniversary.

Ms Greening admitted that the government had “for a long time” focused mainly on improving academic rather than vocational-based education.

But she said: “It is now time we bring that same lens and focus on to the more technical education routes, which let’s face it, most young people follow.

“As we look at a Brexit Britain it is important we look at our skills and to skill-up. I don’t think we can afford to have any young person not delivering on their potential, which they otherwise could have done if we had taken more care in FE.

“We need to focus much more on this and that is what I intend to do. I’m really excited about the role FE can play.”

The minister cited the 15 new “high quality” technical professional education routes planned through the government’s Skills Plan unveiled in July, based on recommendations by Lord Sainsbury, as well as apprenticeship and traineeships training.

She indicated that she believes these “can work together” with classroom-based academic studies.

Also, with regards to maths and English resit results, which colleges have been criticised by Ofsted over, she looked towards “making sure FE colleges become steady centres of excellence and really bring on those young people who go through and do GCSEs, which is just simply harder”.

It comes after the government made it a condition of funding in 2014, that all 16 to 19 year olds who did not already have at least a grade C in GCSE English or maths should be enrolled in courses in these subjects.

This was changed the following year to require all those with a grade D in those subjects to do to a GCSE course, rather than an equivalent ‘stepping stone’ course.

Ofsted chief inspector Sir Michael Wilshaw has repeatedly hit out at standards of English and maths provision in colleges, and caused an uproar by suggesting that all 16 to 19-year-olds should be educated in schools.

The chief executive of the Association of Employment and Learning Providers called on the government to scrap its GCSE resit policy, as results published in August showed huge numbers of learners aged 17 and over failed their GCSE English or maths.

Figures released by the Joint Council for Qualifications showed that almost 122,500 learners aged 17 or above did not get at least a grade C in maths, while 93,000 failed to secure at least a C in English.

Mark Dawe called today’s results a “body blow” for the learners who did not make the grade.

Ms Greening added today: “FE is the final part of that strategy what we need to have in post-16 to finish off all of the improvements we have seen pre-16 around driving performance in maths and English and classroom altogether.

“We need to help FE position itself as a centre of excellence.”