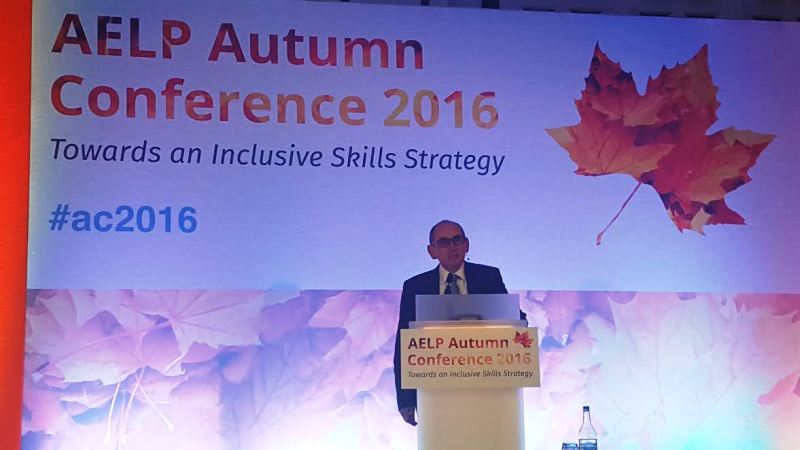 Fresh concerns have been raised about endpoint tests on apprenticeships, after an FE Week investigation found learners who will finish in March on a new standard without any officially approved awarding organisation.

Global insurance company Aon has confirmed this to be the case for the first wave of students taking its level three insurance practitioner standard without any AO to run final tests.

FE Week recently revealed that more than 40 per cent of learner starts on standards approved by the government had no official AO.

The news provoked a furious reaction throughout the sector, with former top FE civil servant Dr Sue Pember describing the lack of consideration towards learners as “diabolical”.

There is still no officially approved AO listed by the government to run end point tests for the level three insurance practitioner standard – although City & Guilds said this week it and the Chartered Insurance Institute had been cleared to develop this.

When asked if it was concerned about the short notice, which will leave learners little time to prepare for the test, an Aon spokesperson said: “As with much in the apprenticeship space we’re trailblazing, so sometimes ‘just in time’ is the only option we have.”

This attitude reflected the relaxed approach taken by Skills Funding Agency boss Peter Lauener (pictured above), who told delegates at the Association of Employment and Learning Providers autumn conference that while it was “not ideal” to have no approved awarding organisations for learner starts on so many standards, the situation is “manageable”.

Apprenticeships and skills minister Robert Halfon said this week that he was “pretty sure” no apprentices would get to the end of their course without an end-point assessment organisation in place, during a sub-committee on education, skills and the economy hearing on November 2.

And last week, he told the FE Week editor there was “plenty of time to sort it out”.

However, Terry Fennell, group operations director at the Food and Drink Training and Education Council and deputy chair of the Federation of Awarding Bodies, was more concerned.

“A part of any good assessment approach is that the apprentices won’t face any nasty surprises at the end testing stage,” he told FE Week.

“There is a danger here that while AOs will no doubt have the resources to produce an effective assessment at short notice, candidates may not have sufficient time to adequately prepare and be ready to undertake the end tests.”

Dr Pember added: “Although it is called an end test, the method and content has an impact on the success of the whole programme.

“We do not treat our A-level students in this way. A-levels have also gone through a major reform programme in the same timescale as the change to apprenticeship standards but, although the process was probably difficult for awarding bodies, it did safeguard the students’ interests.

“Where an A-level couldn’t be approved in time for the start of the academic year, the old one stands until the new one is approved by Ofqual.

“For A-levels, assessment material must be submitted at the start of the approvals process and no approval is given without them. If that process is right for A-level students and their teachers, then we must ensure apprentices and their trainers have the same level of support.”

A Department for Education spokesperson would only confirm that “level three and four insurance standards have been approved and the assessment plans are included in the list of standards we publish as part of the register overview”.

She conceded however that no awarding organisation had been officially confirmed yet for these, but insisted an announcement would be made on it soon.