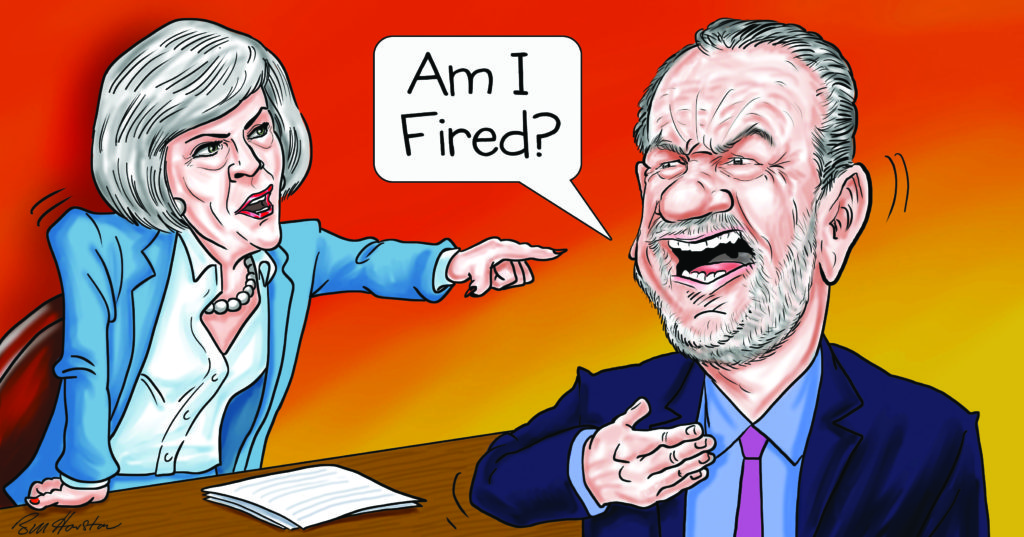 The entrepreneur Lord Alan Sugar could be about to quit his role as the country’s apprenticeships champion after receiving no contact from government officials after six months on the job, FE Week can reveal.

But in the wake of the turmoil in the Conservative government following Brexit, Lord Sugar believes he has been neglected by officials and says he will now “rethink” his position, according his spokesperson.

The Department for Education first appointed Lord Sugar to the role amid much fanfare, and said he would “be undertaking a series of roadshow events across England”, speaking to local school leavers and businesses “championing enterprise and apprenticeships”, and to “encourage businesses to take on apprentices themselves.”

But he has not been on any roadshows since the appointment was made, and none are scheduled for the rest of 2016.

Speaking exclusively to FE Week, the former Labour peer’s spokesperson said: “The appointment was made by David Cameron prior to Brexit. Since the total reshuffle of the government post-Brexit, this role seems to have taken a low priority with the various government officials.

“Lord Sugar has not done any road shows and there are none scheduled for 2016.

“He has had no contact with the new government regime and he will rethink his acceptance to the role if and when he is contacted by the relevant government officials.” The Department for Education refused to comment on Lord Sugar’s involvement in the enterprise tsar role, insisting that more information would be given “in due course”.

“There is nothing to add at this stage,” a spokesperson told FE Week. “Nothing has changed with his role and to say otherwise would be speculation.”

If he does quit the role, Lord Sugar would be the second high-profile figure to leave a government apprenticeship position this year, following Nadhim Zahawi’s departure as the prime minister’s apprenticeship advisor in August.

Mr Zahawi was first appointed to the position by Mr Cameron in November last year to support the Conservative manifesto pledge to deliver three million apprenticeship starts by 2020.

But his spokesperson told FE Week that Mr Zahawi no longer held the role following Mr Cameron’s sudden fall from grace in July. No one has been appointed to fill the position.

This has been Lord Sugar’s second stint as a government enterprise champion, after he served in the role for Labour in 2009, when he was made a life peer under the then-prime minister Gordon Brown.

But he quit the Labour party last May, blaming what he described as “negative business policies and the general anti-enterprise concepts” under Ed Miliband’s leadership.

Lord Sugar was knighted in 2000, and reportedly joined the billionaire’s club in 2015, with his estimated fortune currently standing at £1.15bn.

He founded his most famous business enterprise, the computer and electronics firm Amstrad, in 1968.

He was chairman of Tottenham Hotspur football club from 1991 to 2001, and is now best-known for following in the US presidential hopeful Donald Trump’s footsteps, by fronting the UK spinoff of his TV series The Apprentice on the BBC

At the time of his appointment to the enterprise tsar role, Lord Sugar said he was “delighted” to be taking on the challenge.

He said he would be “travelling the length and breadth of this country to tell young people why apprenticeships are a great way for them to build their skills – and talking about the opportunities for starting their own business, hopefully instilling some entrepreneurial spirit”.

Nick Boles, who was skills minister at the time, said he was delighted that Lord Sugar had agreed to help the government “bang the drum for apprenticeships and enterprise”.