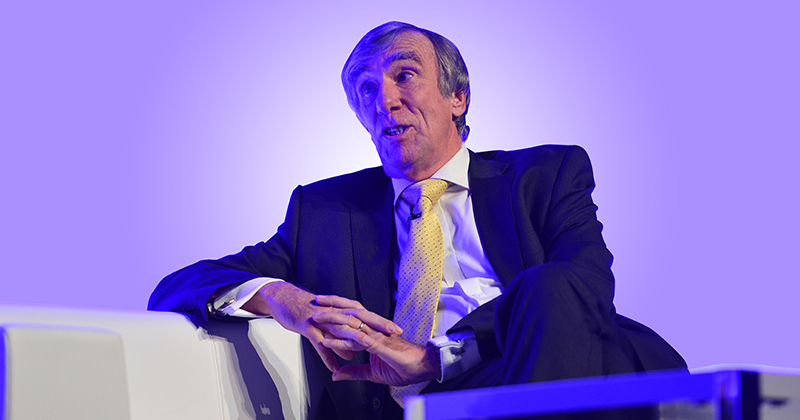 A college has been slammed for its “dysfunctional” leadership, in one of four new FE commissioner reports to have been published by the Department for Education.

The damning report into Mid Cheshire College, dated April 2016, came after it was rated inadequate by Ofsted in January – but before the resignation of then-principal Richard Hollywood in June.

It is one of four reports into visits carried out earlier this year by Sir David Collins (pictured above) and his team, but apparently only published by the DfE on Wednesday (October 19).

The other three inspection reports are for Stafford College, City of Liverpool College and West Sussex Council.

The report into Mid Cheshire blasted the college’s leadership, and recommended placing the college into administered status.

It said the senior leadership team “as a whole appears to be dysfunctional”.

The report added: “We cannot be confident the college has sufficient capability in governance and management to resolve its problems.”

It also criticised the college for being “inward-looking, failing to take sufficient account of the changes affecting the sector”.

In a letter to college chair Sandra Middleton, dated June 14 and published alongside the report, former skills minister Nick Boles said the board should “review its own effectiveness”, and stressed the urgent need for the college to “seek merger with a strong partner”.

The City of Liverpool College was also reported on by the commissioner, who explained: “Following an improved Ofsted grade (‘requires improvement’) in April 2014, and improved financial performance (‘satisfactory’) in 2013/14, the college exited [initial] FE Commissioner intervention in December 2014.”

But it added: “In January 2016, the college informed the SFA of the urgent need for £2 million of exceptional financial support to cover working capital requirements in February and March 2016”, meaning further intervention by the commissioner was deemed as required.

The conclusion was ultimately encouraging for the college leadership.

It pointed out that: “Faced with a significant loss of agency funding, the college adopted a financial strategy involving both expenditure reductions and increases in income. Neither have been fully realised in-year.”

But the college “might reasonably be expected to have identified the need for support earlier in the financial year”, but “the college’s leadership also has the capacity and capability to secure the college’s financial recovery”.

West Sussex County Council came in for fierce criticism over its poor management of students safeguarding in another FE Commissioner report just out.

Its adult and community learning service is delivered under a contract for services by Aspire Sussex Limited, an independent company that “spun-off from the council in November 2012”.

The commissioner’s team was sent in following an ‘inadequate’ Ofsted rating for its most recent inspection in November 2015, which raised concern the council was not fulfilling requirements, as the contract holder, over safeguarding, and failing to “adequately manage and monitor provision”.

His report agreed and called for this to improve, stating: “The council had failed to recognise that… it retained full responsibility for standards of governance, including strategic direction and for the safeguarding and risk management of a large cohort of potentially vulnerable adults.”

“As a consequence, while Aspire has continued to deliver good teaching and learning and outcomes, the intimate connection which ought to exist between the council’s policies and intentions towards the community, and practices followed by Aspire, has been broken.”

Merger with another college was the main recommendation to come out from the FE commissioner’s intervention report into Stafford College.

It said: “That within the parameters of the current area review the college should pursue the agreed Type B merger with Newcastle-under-Lyme College.”

Most of the recommendations related to the planned merger, but also included a call for “close attention” to be “paid to addressing inefficiencies in the college”.

In his letter to Stafford College chair Mark Winnington, dated July 11, Mr Boles said: “It is clear from the stocktake assessment that good progress is being made in responding to the commissioner’s recommendations.”