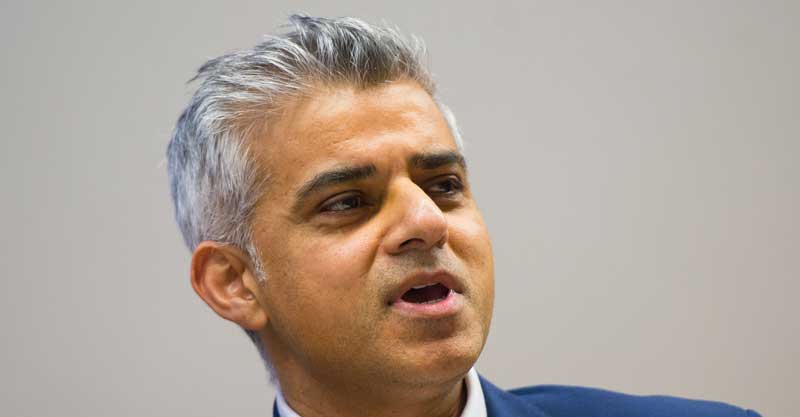 Demands are being made by London mayor Sadiq Khan for devolution of all post-16 FE funding, to bridge post-Brexit skills gaps.

Key to this would be the “devolution of FE funding for 16-19 year olds and adults to create high-performing colleges to meet the needs of London’s economy and help reduce youth unemployment”.

Mr Khan stressed today that it was important to press ahead with devolution, so City Hall has the tools it needs to plug any skills gaps for businesses that could emerge from Britain pulling out of the European Union.

He said: “London has a strong, dynamic economy that makes a significant contribution to the UK.

“When London does well, Britain does well and it is therefore crucial we have the skills system to continue to be a globally competitive city that works for all Londoners.

“The uncertainty around Brexit means it is critical we have a strong skills base with a good mix of local and global talent to both retain and attract business.

”I am the mayor to lead a new skills agenda for London and it’s important we give businesses the confidence that London will continue to deliver for them and we’re doing all we can to build and protect the skills base they need to thrive.”

The announcement comes a day after it emerged that Mr Khan had joined calls on the government to rethink proposed apprenticeship funding rates for younger learners in some of the nation’s most deprived areas.

His concerns about the effect of such drastic cuts on social mobility and on young people in the capital were outlined in a letter to Tottenham MP David Lammy and seen by FE Week.

“I am concerned that these proposals may be in conflict with the government’s social mobility agenda and could make it more difficult to achieve my manifesto pledge of creating a fairer and more equal city, as well as achieve my commitment to create thousands of new, high quality apprenticeships that will play a vital part in securing opportunities for young Londoners,” he wrote.

“The proposed removal of both the area cost adjustment and the disadvantage uplift may result in some of the most vulnerable people from the most deprived areas of London being excluded from accessing apprenticeship opportunities on the basis of cost, and I have responded to the government’s consultation setting out the challenges the new funding system will present to London.”

Mr Khan’s letter came amid growing anger from politicians, employers and providers, since FE Week published its analysis of the provisional apprenticeship funding rates in August and launched the #SaveOurApprenticeships campaign.