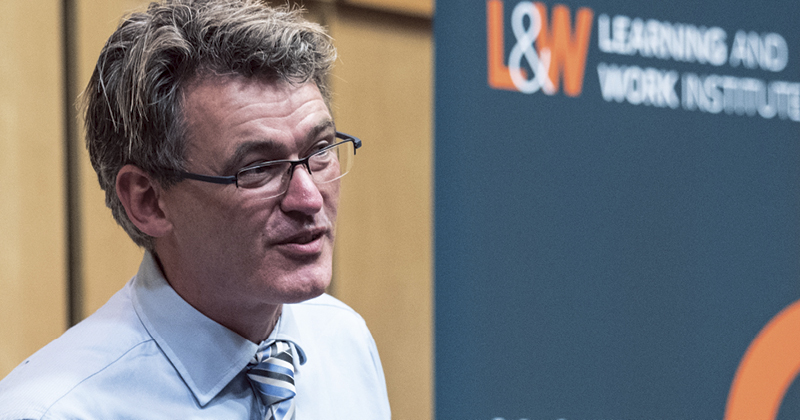 Groups of colleges banding together to set up bodies to help broker joint deals with local employers to encourage them to take on apprentices, prompted Mark Dawe (pictured), the boss of the Association of Employment and Learning Providers, to call for more “fairness in the system”.

One such body, the London Apprenticeship Training Group, a collaboration between Barnet and Southgate College, the College of Haringey, Enfield and North East London, Hertford Regional College, and Waltham Forest College, was officially launched on Friday (September 30).

It’s a semi-independent shared brokerage service designed to persuade north London firms to take on apprentices from member colleges – but each college will also continue to deliver its own separate Skills Funding Agency contracts.

But Mr Dawe has raised concern about public cash being spent on these college groups.

Where there is additional government money, it should not used to distort an already competitive landscape

He said: “Our only concern is that there is transparency and fairness in the system,” adding “where there is additional government money, it should not used to distort an already competitive landscape between providers.

“Such funding should be made available to all government funded providers, not just a small subset.”

The LATG promises to “identify the right training provider, the right course and the right candidate”, effectively acting as a broker between the employer and the Digital Apprenticeship Service, which will be fully operational by April 2017.

Andy Forbes, principal of the College of Haringey, Enfield and North East London, argued that partnerships like LATG were beneficial.

“Colleges working together will be able to offer an even bigger range of options while at the same time making things much simpler for employers and young people looking for apprenticeships,” he said.

The topic of brokerage last came under scrutiny six months ago, when an FE Week investigation found huge sums of public cash meant for frontline learning was being hived off to brokers.

Brokers typically charge subcontractors up to five per cent commission for matching them to a prime provider.

At the time, a government spokesperson said: “The SFA is reviewing to strengthen their funding agreements to limit the use of brokers.”

In September, FE Week followed up on this comment, but the SFA denied that a formal review of brokers was being carried out.

He said: “We are proposing to stop brokerage organisations being able to apply to the Register [of Apprenticeship Training Providers] and focusing on measures to ensure public funds cannot be used for the costs of intermediaries.”

FE Week approached the SFA to provide a list of institutions to have received funding so far, but it refused to name names.

“We are currently progressing applications for funds from the restructuring facility and the transition grant,” said a spokesperson.

“We intend to publish a full list of allocations after the programme completes.”