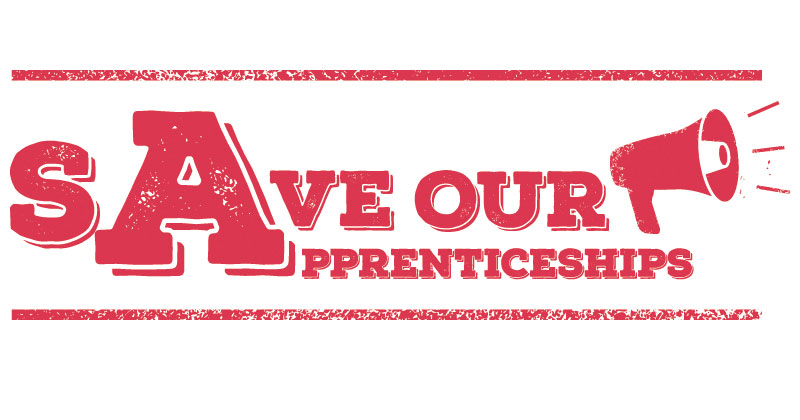 FE Week will hold a special rally in support of its #SaveOurApprenticeships campaign at next week’s Labour Party conference in Liverpool.

Shadow skills minister Gordon Marsden will attend the event alongside many other committed MPs, party members and sector leaders, at the Pullman Hotel on the evening of Tuesday, September 27.

We want to send out a resounding message to the government that devastating cuts of between 30 and 50 per cent to apprenticeships funding, which are planned for 16- to 18-year-olds in some of the most deprived areas of the country, are simply not acceptable.

The stark drop in funding recently exposed by our exclusive analysis has prompted a furious backlash – more than 500 people have already written messages pledging support for FE Week’s first official campaign this week at our website.

Corrina Hembury, for example, said: “I support the campaign. The huge cuts in funding are unsustainable and it is the young people who will be hit hardest.”

“I hope that the Skills Funding Agency and Robert Halfon live up to their promise of listening to the consultation results and rethink these damaging cuts,” added Jeremy Colvin.

And Ross Midgley said: “The scale of these proposed cuts will force many providers to abandon apprenticeship training, while those that remain will have to charge employers well above the government cap in order to make ends meet.”

Angela Rayner MP, shadow secretary of state for education, women and equalities, supports the campaign, and has written an exclusive piece for the paper on the issue this week (see page 11).

“These cuts will disproportionately hit students from disadvantaged backgrounds, and will be particularly bad in areas where we need to develop skills the most,” she warns.

These cuts will disproportionately hit students from disadvantaged backgrounds

Our damning findings on the impact of apprenticeship funding reform plans have already provoked Gordon Marsden and more than 50 other MPs led by Tottenham’s David Lammy to write a letter to the government begging for a change of heart.

Senior politicians from across the political divide, including Mr Halfon, who defended the cuts, spoke at the launch of the campaign earlier this month.

Mr Lammy insisted during his campaign launch speech that “it’s an absolute scandal for the PM to say she doesn’t recognise the figures. It’s her funding agency, they’re her figures.”

However, he insisted: “We will force a U-turn.”

Mr Marsden warned that the cuts were “an elephant trap in his [Mr Halfon’s] in-tray”.

Education secretary Justine Greening was also asked that morning about how proposed cuts might affect social mobility during an education select committee hearing.

The issue was raised later in the day during a subcommittee session featuring Neil Carberry, the CBI’s director for people and skills.

Party members and MPs do not need to book in advance to attend Tuesday’s rally, which will be held in the hotel’s Albert Suite, starting at 6pm.