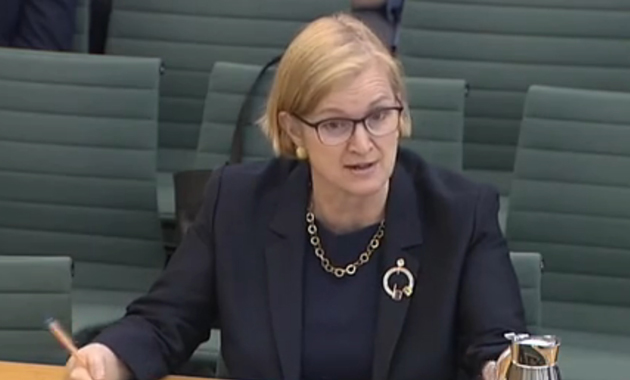 Ofsted’s new chief inspector has pledged to remove the “blanket of concern” over FE that many believe have been left by her predecessor.

Amanda Spielman (pictured), who has been selected by the government to succeed Sir Michael Wilshaw when his term ends in December, told MPs on the education select committee on Wednesday that FE is a “very strong area of interest” of hers.

Ms Spielman, currently the chair of Ofqual, said she had “spent quite a lot of time” working on vocational qualifications and “things that primarily affect FE” during her time at the exams regulator.

Asked by Stephen Timms, the MP for East Ham, why she thought the sector was doing “so badly”, Ms Spielman said: “Changes throughout the system have obviously had a very specific impact in FE. GCSE resits are clearly a very live area of concern.

“There is a great deal of teaching and capacity required in FE that has not been required in the past, so that is reshaping their agendas.

“A lot of FE colleges are very big, very complex organisations doing a lot of different things. The more things you pull together into a picture, the harder it is for everything to be good simultaneously.

“That may be part of the reason — I don’t know yet — but I want to make sure that what I say is properly discriminating, and that it looks at the components and the causes.

Ms Spielman’s views will come as a welcome reprieve to the FE sector, which has been repeatedly been talked down by Sir Michael.

The chief inspector provoked a huge backlash when he laid into the sector during an appearance before the select committee on March 2 — claiming it was “in a mess”, and that 16- to 19-year-olds should be taught in schools, not colleges.

During this week’s hearing, which was a statutory part of the recruitment process, Ms Spielman also told the cross-party group of MPs that she wanted to have “discussions” about scrapping the outstanding grade when she starts in January.

Asked by chair Neil Carmichael for her personal view on the grade, she admitted she was “quite uncomfortable” about “some of the effects I see it having in the system”.

She also responded to criticism of her lack of teaching experience after MPs discussed the concerns of teachers who had written to them.

She accused some teaching unions of being “opposed in principle to the existence of a chief inspector” and said there had been a “huge amount of positive reaction” to her selection, including from the likes of the Association of School and College Leaders and the National Association of Head Teachers.

MPs will now report back on Ms Spielman’s appearance and make a recommendation to the government on whether or not she should be appointed.