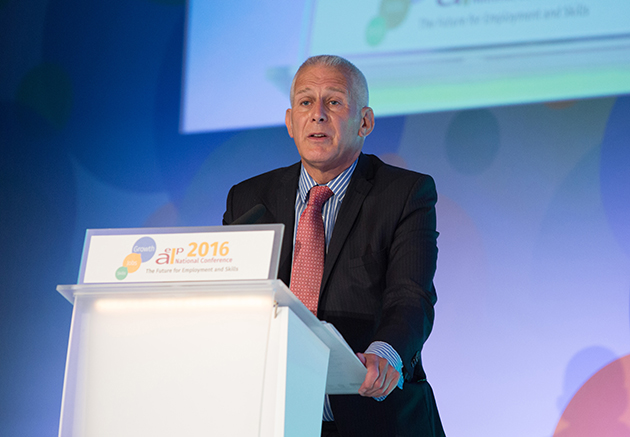 Shadow skills minister Gordon Marsden has accused the government of wasting three years that should have been better spent promoting and targeting traineeships.

He told AELP conference delegates on Monday (June 27) that the original concept for traineeships when they were launched three years ago – that of improving job prospects for young people who have slipped through the education and training net – was a good one.

But he felt they should have been targeted more carefully at preparing learners for good quality apprenticeships.

Mr Marsden said: “I was a very strong supporter of traineeships when they were originally introduced by the government.

“It was the right concept, but ministers have frittered away three years failing to promote it, failing to explain it, and failing to target. Even now they are unsure of the direction they want to go with them.

“Are they entry points to the world of work – sometimes any sort of work handed down by Job Centre Plus – or are they stepping stones for achieving apprenticeships?”

The criticism follows calls for a review over the purpose of traineeships after FE Week revealed shockingly low progression levels to apprenticeships.

The government repeatedly refused to answer questions about how many young people had progressed from traineeships to apprenticeships — so FE Week obtained the figure through a Freedom of Information request to the Skills Funding Agency.

The figure was slightly higher for under 19s — with 2,280 (31 per cent) of 7,400 completions progressing — but it still meant that overall progression to apprenticeships stood at just 22 per cent. Publicly available statistics provide only overall “positive” progression numbers to a job, apprenticeship, further full-time education or other training.

“You want to be able to use the funding to do something useful for those young people,” he said.

“But it is true that the government utilises traineeships as a key point of entry to get far more young people competitive as a starting point for high quality apprenticeships.

“The lack of promotion or a clear strategy is in my view hindering that progress.

“They must be progressive. If they are not, we are in danger of having some of the issues seen in the 1980s, where a generation of young people felt like hamsters never quite getting to the top of the wheel.”

He called for a “joined up situation, which takes me onto careers advice in schools”.

“I regard the complete inadequacy of careers advice over the last three to six years in schools to be one of the government’s biggest failings,” he added.

When asked last month to respond to concerns about low progression to apprenticeships, a Department for Business, Innovation and Skills spokesperson said: “We will continue to expand traineeships to create opportunities up and down the country so we can help as many young people as possible to get on.”