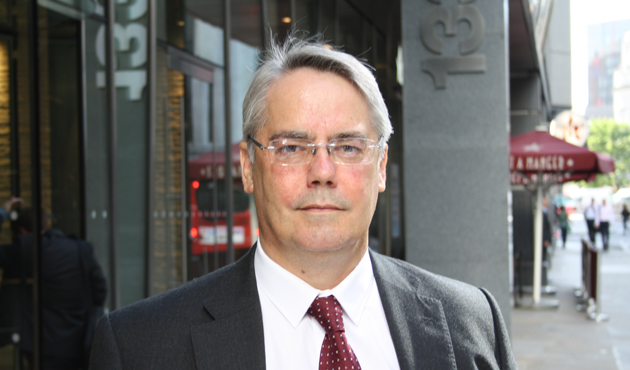 Concerns have been raised over apprentice assessment organisations (AAOs) for apprenticeship standards — after it emerged that half of those approved so far are not regulated by Ofqual.

Only three AAOs have been approved by the Skills Funding Agency (SFA), which first began accepting submissions to the new register of apprenticeship assessment organisations (RoAAO) in March, in the last three months — taking the total up to just 16.

Stephen Wright (pictured) , the chief executive of the Federation of Awarding Bodies (FAB), told FE Week that 50 per cent of AAOs are not regulated by Ofqual — including the likes of the British Institute for Non-Destructive Testing, BT PLC, Energy & Utility Skills Ltd, Leicester College, and Training 2000 Ltd.

He insisted that this is a major concern, saying: “We will be letting the learners down if the apprenticeship is not assessed to the same level of validity, and valued to the same extent as any other high-stakes qualification.”

Mr Wright said he was concerned about the slow progress of the RoAAO tendering process.

Analysis by FE Week of figures released in February revealed that 13 AAOs had been approved, but updated figures released this month have shown that despite 108 apprenticeship standards being open to new starts — just 32 (30 per cent) have 16 AAOs assigned to them.

And 20 out of those 32 only have one AAO to choose from, again raising issues around lack of choice for employers.

Mr Wright said: “We are concerned with the number of AAOs being approved; there are still many standards without an assessment organisation and many others with only one.

“Our concern is that potential assessment organisations are put off by the difficulty of conducting the assessments. For example, a number of the assessment strategies require panels of experts to observe individual learners.”

The government has decided that Ofqual, otherwise known as the Office of Qualifications and Examinations Regulation, does not necessarily have to monitor the new apprenticeship standards.

This is a departure from the key role it plays in overseeing traditional qualifications.

Last September, Ofqual’s executive director for vocational qualifications, Jeremy Benson, told FE Week: “We have said we will be happy to regulate the end-point assessments as qualifications [for new standards] if that’s what they want us to do.

“There are other alternatives available and we are obviously going to be interested to see what decisions the government makes over the next few weeks and months in terms of how the quality assurance regime for the new apprenticeships is going to work.”

Despite the slow nature of the approval of standards and AAOs, the government is keen for more people to do them, with growth requests being offered to colleges and training providers for the delivery of any of the new apprenticeship standards.

But of the 16 approved AAOs, not all are even open for business.

BT was approved in September last year for the digital industries standard, but said in April it had no immediate plans to carry out assessments.

An SFA spokesperson said: “We review all applications we receive from the organisations who choose to apply.

“Any organisation that considers itself suitable to conduct end-point assessment can choose to apply.”