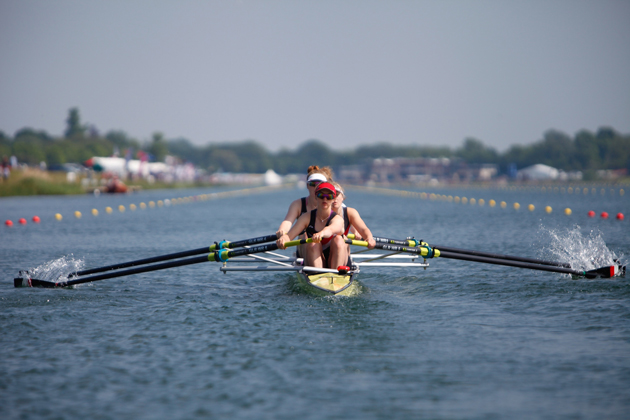 A group of Hartpury College rowers powered their way to the top of the podium at the National Schools Regatta in their first-ever competitive race as a four. After winning the national competition for two of the past three years in a “quad”, the crew from the college in Gloucester decided to take on a different challenge.

They made the decision to switch to race in a four — which differs by each rower only using one oar (sweep rowing) as opposed to the two used in a quad (sculling).

The crew proved stronger than their opponents and came home in a time of seven minutes and 11 seconds to claim top spot in the final.

Hartpury’s rowing coach, Tom Pattichis, said: “This is a really great result for the girls. This year is the first time any of our crews have tried sweep rowing and it’s proved to be successful so far.”