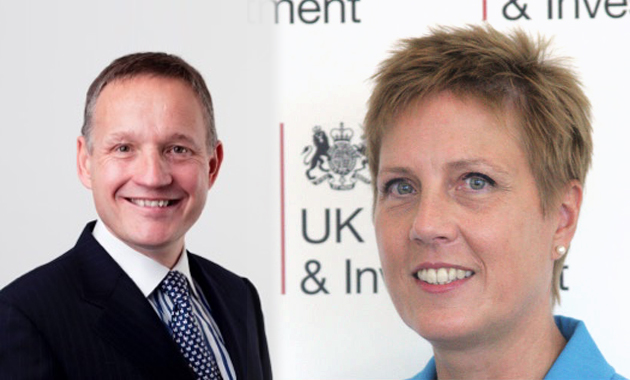 Two senior appointments have been announced for the Institute for Apprenticeships — a day after Association of Employment and Learning Providers boss Mark Dawe complained to MPs about lack of leadership at the new policing body.

The Department for Business Innovation and Skills (BIS) revealed this morning that former Barclays chief executive Anthony Jenkins had been appointed as shadow chair.

It was also announced that former managing director for Trade at UK Trade & Investment Nicola Bolton had been installed as shadow chief operating officer.

This comes after Mr Dawe spoke out yesterday, during a House of Commons sub-committee hearing on education skills and the economy, complaining: “Every time there’s a difficult question [about apprenticeships], we’re told the institute will resolve it – and they haven’t got a board, or a management team or staff yet, as far as I can tell.”

FE Week also reported on May 27 that Rachel Sandby-Thomas was leaving her role as shadow chief executive of the institute — just two months after it announced she had been appointed.

She had been the only appointment to date at the body — which is due to launch in April 2017 and will help police employers as apprenticeship reforms take effect.

A BIS spokesperson said Mr Jenkins would “take up his new role today (June 9) 2016. With the shadow chair in place, the remaining board members of the institute will be appointed through a public appointments process by the end of 2016”.

Skills Minister Nick Boles said he “brings more than three decades of experience from the heart of business to the role and will help shape the institute so it meets the needs of employers”.

He added: “We’re putting employers in control when it comes to apprenticeships because it’s employers who know the skills, training and experience their future workforce needs to succeed.”

Mr Jenkins said: “Apprenticeships are something I care passionately about. I am delighted to be taking on this role and working closely with different sectors which will be important in helping to create opportunities for millions of our citizens and providing great talent for business.”

Mr Jenkins began his banking career as a graduate trainee at Barclays in 1983.

He worked at the bank until 1989, when he joined Citigroup and after stints in the US and the UK at Citigroup, he returned to Barclays to fill a series of senior management roles in retail and corporate banking. He was chief executive from 2012 to 2015.

Ms Bolton, who was not available for comment ahead of publication but started in her new post earlier this month, was chief operating officer for IBM’s sales business for the media, energy, telecoms and utility sectors across Europe, Middle East and Africa before taking on her role of government industry executive director in 2003.