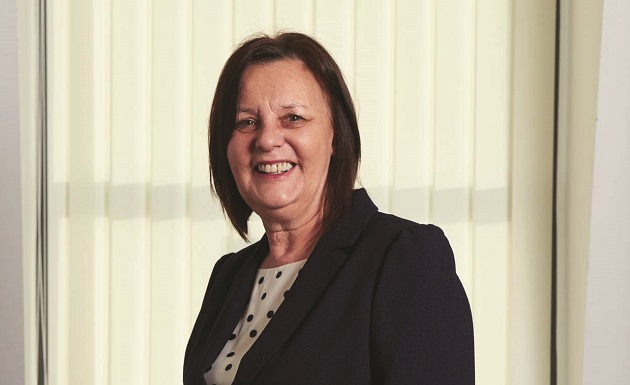 Prison governors are set to be given direct power to hire providers for offender education — following publication today of the results of an influential review.

Offender Learning and Skills Service (OLASS) contracts, held at present by three colleges and one independent learning provider, are currently given out by the Skills Funding Agency (SFA).

But prison governors will be handed responsibility for contracting with providers, from July next year, through the planned Prison and Courts Reform Bill.

It is one of a number of reforms set to be based on the recommendations of an inquiry by Dame Sally Coates (pictured above).

She said in the report that from August 2017, “I would expect that, in line with the wider implementation of prison reform, we will move to all governors having full freedoms over the choice of education providers for their prisons”.

The change was mentioned in the Queen’s Speech today. She said: “Prison governors will be given unprecedented freedom and they will be able to ensure prisoners receive better education.”

A Ministry of Justice spokesperson told FE Week today that it could not say for certain, at present, if future contracts would only be given to FE providers.

Former head teacher Dame Coates recommended that current OLASS contracts, due to end in July, should be extended for another year to allow time for a phased introduction of the reforms.

She added governors of reform prisons – which are expected to be created through the same bill – should be “given the full budget for their education services and the ability to opt out of all, or part of, their OLASS arrangements and choose their own providers”.

Manchester College holds them for London, the North East, North West, Kent and Sussex, and Yorkshire and Humber.

Barbara McDonough, chief operating officer for Novus, the college’s offender learning service, said: “The proposal for governor autonomy and ownership is key and one we have been championing.

“Overall we believe this report accurately reflects the challenges the sector is facing and welcome the recommendations,” she concluded.

Jason Mansell, director of offender learning at the college, welcomed the findings of the review.

“We believe that governor autonomy for the provision of education, and governor accountability for educational progress of all prisoners within their establishments, is key to driving the prioritisation and improvement of all learning consistently across the prison estate,” he said.

A further recommendation from the report is to ensure that each prisoner has a personal learning plan which specifies the education they will do during their time in prison.

Another would make the quality and effectiveness of education in prisons one of the key functions that informs any overall assessment of a prison.

The report also recommended that prisons be inspected by Ofsted using the same criteria as for FE and skills providers, and the inspection reports should include the same level of detail and format as for other providers.

An ‘inadequate’ or second ‘requires improvement’ judgement on the overall effectiveness of a prison’s education provision should “lead to specific action urgently to improve the leadership and management of the prison”, the report said.

The Ministry of Justice has accepted in principle all of the report’s recommendations, and is now working on an implementation plan, it said in a statement.

No one was available to comment from Weston College, which holds the OLASS contract for the South West of England.

People Plus, formerly known as A4E, which holds the contract for East of England, declined to comment.