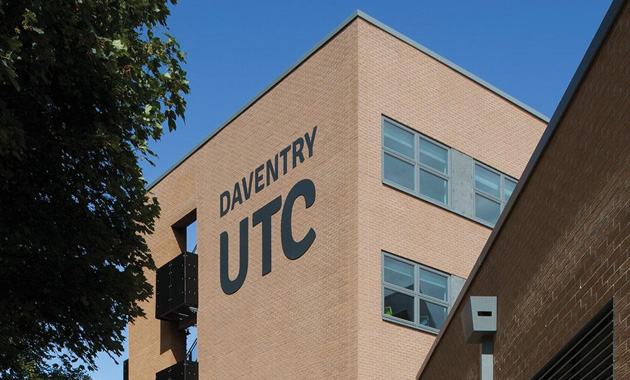 The first ever standalone university technical college (UTC) to be hit with a financial improvement notice must draw up a recovery plan and explain how it will increase student numbers.

The notice to Daventry UTC was sent to trust chair Professor Nick Petford on April 14, but was only officially published by the Education Funding Agency (EFA) on May 6.

The EFA issued the notice “as a consequence of the trust failing to balance its budget” and because the UTC was forced to seek “additional financial support”.

Daventry, a 14-to-19 vocational institution, was ordered to provide a “robust deficit recovery plan” based on “realistic pupil numbers” and to outline how it intends to attract sufficient pupils to “ensure future viability during the recovery period and beyond”.

Figures obtained by FE Week through Freedom of Information requests made earlier this year show that Daventry has been running at 25 per cent capacity this academic year.

Reflecting on the notice to improve, the principal of Daventry UTC, David Edmondson, told FE Week: “Lower student numbers than anticipated has impacted upon the income stream during our establishment.”

But he added: “A robust plan is in place to address this.”

This news comes after a separate academy trust, which administers one UTC, was handed a financial notice to improve in March, as reported by our sister paper Schools Week.

Bright Futures Educational Trust, which runs nine schools in the north-west, including Wigan UTC, was told it must improve its “weak financial position and financial management” or face closure.

The trust was ordered to repay an advance of funds it received from the EFA to plug finances at Wigan UTC and another of its schools, and achieve a balanced budget by 2017/18.

Publication of the Daventry UTC notice came days after UTC Lancashire became the fourth college of its kind to announce it would be closing its doors due to low student numbers.

It said in a statement on May 3 it would close for good at the end of this term — just three years after it opened — due to difficulties in enrolling enough students “to secure future financial viability”.

Central Bedfordshire UTC announced in March that it would close in August, after admitting it had not been able to attract sufficient pupils.

Charles Parker, chief executive of the Baker Dearing Trust, which promotes UTCs, said: “It is still early days for many UTCs and recruiting students aged 14, which requires them to change schools, remains a challenge in some areas.”

He added: “Over time most UTCs are becoming an established part of the local community, with high enrolment rates.”