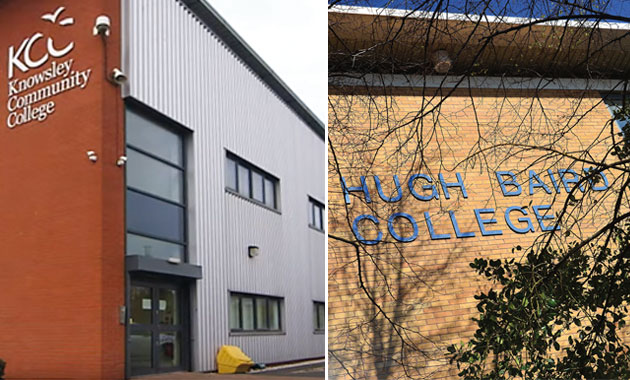 A tutor has been sacked by a two Liverpool-based colleges after admitting to making and possessing hundreds of child abuse images.

Barry Sanders, who taught science, was given a 12-month suspended jail sentence and made to sign the sex offenders register at Liverpool Crown Court on April 21.

The 42-year-old, of Manor Close, Bootle, had been working as a tutor at Hugh Baird College and Knowsley Community College, until police warned them that he was being investigated in May and June last year respectively.

He was immediately dismissed by Knowsley.

Sanders was also suspended by Hugh Baird, until he pleaded guilty to three counts of making indecent photos of children and one for possession of the indecent images and was sentenced — after which he was sacked on Wednesday (April 27).

“During this time we understand he gained secondary employment with Knowsley College.”

She added Sanders was “immediately suspended” after the college was informed by Merseyside Police 11 months ago that he was under investigation.

This was in line with the college’s “safeguarding procedures”, as well as “those of the Sefton Local Safeguarding Children Board”, she added.

A spokesperson for Knowsley Community College said: “Barry Sanders was employed by the college as a sessional tutor for six hours a week, teaching science. He started in September 2014.

“Police contacted the college in June 2015 and said he had been arrested for having indecent images of children, and he was dismissed immediately.”