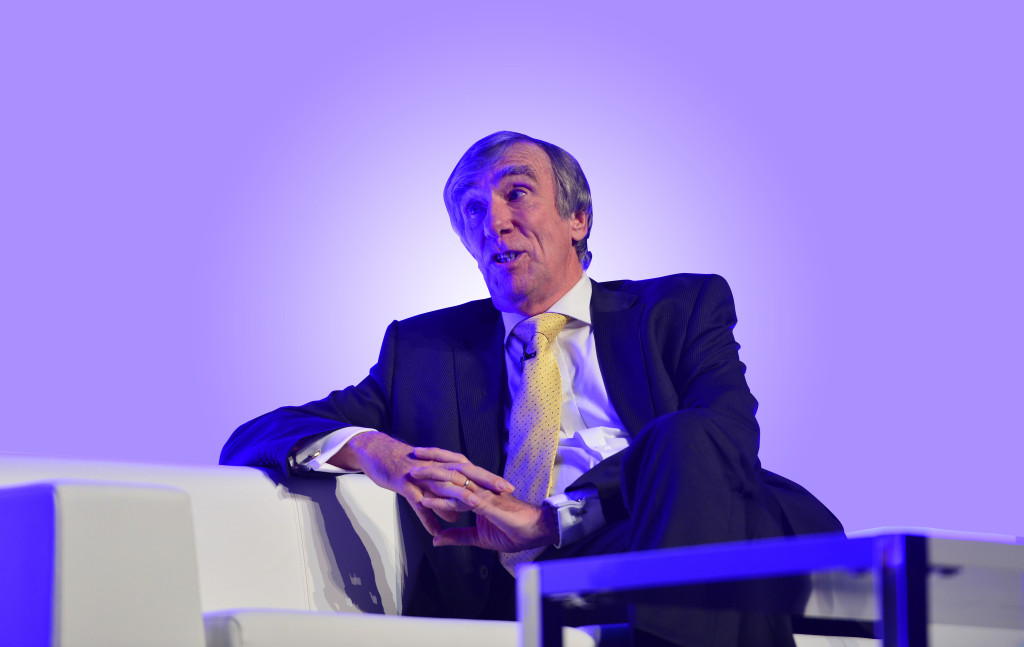 Three more colleges have had concerns raised over their finances, alongside Wakefield council’s adult education provision, according to the latest reports from the FE Commissioner.

The reports for Telford College of Arts and Technology (TCAT), Richmond upon Thames College (RUTC), Warrington Collegiate, and Wakefield District Council were published on April 21, following visits by the Commissioner, Dr David Collins’ (pictured), team to each of them between December and February.

His report into TCAT recommended placing the college in administered status.

Dr Collins’ advisers visited the college from December 7 to 11 after it was issued with a financial notice of concern by the Skills Funding Agency (SFA) in November.

He said in his report that “the college has experienced a rapid decline in its financial health in recent years”.

In his letter to TCAT chair Rick Tyrer, dated January 27, Skills Minister Nick Boles said: “The financial recovery plan is incomplete and there are still serious concerns over financial planning and forecasting.”

Jo Lomax, TCAT’s interim principal, whose appointment was one of a number “significant changes” to its senior management following Dr Collins’ visit, said the college had been “disproportionately affected” by funding cuts to adult education provision.

“We welcome the support from the FE Commissioner in helping us to overcome difficulties,” she added. The FE Commissioner’s intervention at RUTC came after the college was assessed as inadequate for financial health for 2015/16 by the SFA.

In his report, dated January 2016 and based on a visit by his team from December 7 to 11, Dr Collins said the college’s staff-costs-to-income ratio was too high, and reducing it could save the college £1m.

As a result, he recommended that “the college should revisit its decision not to take forward further staff restructuring during 2015/16”.

An RUTC spokesperson said the college acknowledged the findings of Dr Collins’ report.

The college’s strategy “is supported by a robust financial plan which will deliver outstanding financial health through continual review of revenue opportunities and management of costs,” she added.

Dr Collins’ involvement at Warrington Collegiate was also prompted by a judgement of inadequate financial health by the SFA in November.

In his report, based on a visit by his team from December 15 to 17, the FE Commissioner praised the “prompt action” taken by new principal Nichola Newton.

But he added: “The college faces a difficult financial situation, and needs to strengthen its recovery plan.”

Ms Newton said the report was “not reflective of the college’s current position” and that feedback they had received from his team, who revisited the college on April 26 and 27, “indicates good progress against all the recommendations”.

The Commissioner’s report on Wakefield District Council’s Adult and Community Education Service (ACES), based on a visit by his team from February 23 to 25, said that subsequent action taken by the council after the service had been branded inadequate by Ofsted in November was “very positive”.

But he said “there is no proof so far these changes have benefited learners”.

John Wilson, the council’s corporate director for children and young people, said a governing improvement board established “to focus on increasing the speed of improvement in the quality of teaching and performance of learners” was bearing fruit.

College and council responses in full:

Telford College of Arts and Technology (TCAT)
TCAT said it had already made significant changes to its senior management team since the Minister of State’s letter, including the departure of principal Chris Scott.
Interim principal Jo Lomax said: “These are challenging times in the Further Education sector, particularly for colleges with a large adult education provision, where funding has fallen significantly.

“Here at TCAT, we have one of the largest adult education provisions in the region, so we have been disproportionately affected. So we welcome the support from the Further Education Commissioner, in helping us to overcome difficulties that we are facing.

“It can only assist us in our quest to ensure that we continue to be a vibrant college playing a positive role in helping great futures to begin for our learners.”

The college has this month begun talks with its near neighbour, New College Telford, with a view to a possible merger – in line with recommendations from an area review of further education provision.

Richmond upon Thames College
The college acknowledges the findings of the FE Commissioner endorsing a college led recovery process which started with the arrival of a new leadership team in 2014/15.

We continue to deliver improvements in our financial position reflected in the improved outturn for 2014/15 and are committed to delivery of our strategic plan Richmond 2020. The strategy is supported by a robust financial plan which will deliver outstanding financial health through continual review of revenue opportunities and management of costs. The FE Commissioner’s report fully recognises the significant upside of the college redevelopment which in turn has the full backing from the Greater London Authority.

The college welcomes the area review process and the estate redevelopment not only provides for specialist facilities and resources but also demonstrably delivers a significant return to the public purse through estate rationalisation, creation of new schools and housing. The corporation board is regularly refreshed and continues to appoint members with considerable industrial and financial expertise, notwithstanding the reports acknowledgement that the chair has considerable capital and estate management expertise.

Warrington Collegiate
Nichola Newton, Principal and CEO of Warrington Collegiate, said: “The FE Commissioner’s report published only recently was the outcome of a visit from the FE Commissioner’s team in December 2015 and, having made good progress against the recommendations contained within it, is not reflective of the college’s current position.

“The FE Commissioner’s team has just completed a follow up visit (26th and 27th April) and, whilst we await the final report, we are very pleased with the positive verbal feedback we have received which indicates good progress against all the recommendations in the original report. We expect to receive the FE Commissioner’s report formally outlining the findings from the follow up visit in the next few weeks.”

Wakefield District Council
John Wilson, corporate director children and young people at Wakefield Council said: “The report confirmed the areas of concern which we had already identified and were already seeking to improve.

“Further to the Ofsted report we have established a Governing Improvement Board, with an independent chair to focus on increasing the speed of improvement in the quality of teaching and performance of learners. The board meets fortnightly and we are already seeing improvements in both these areas.”