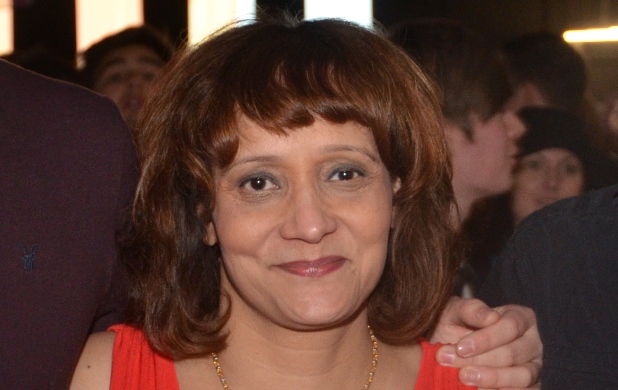 The University and College Union (UCU) has spoken out to say it is “unacceptable” that college principals are receiving salaries of over £200,000, at a time when the sector is engaged in an ongoing row over pay.

A spokesperson for UCU said the salaries, which included a figure of £331,000 in 2014/15 for Sunaina Mann (pictured above), principal and chief executive officer (CEO) of the North East Surrey College of Technology (Nescot) Group, show that principals are “out of touch”.

“These figures show that too many principals are completely out of touch when it comes to pay,” she said.

“It’s clearly unacceptable for college leaders to enjoy bumper six-figure salaries while staff pay is being held down and skills budgets continue to be squeezed.”

Ms Mann topped the list of highest earning college principals with the £331,000 she received for 2014/15 — more than doubling her wage for the previous year, according to data made available by the Skills Finding Agency (SFA) on March 10. It comes in the third year of Nescot’s involvement in the Saudi Arabian Colleges of Excellence programme. In September 2013, Nescot set up a female college in Jeddah (pictured right) as part of the scheme, which promotes technical and vocational education in the region.

In February, around 200 colleges were hit with joint strike action, as members of the UCU and Unison walked out and joined picket lines as part of the pay dispute.

According to the SFA data, six other FE providers also paid their principals or CEOs a salary of £200,000 or above in the last academic year.

The second highest salary went to the principal and CEO of Birmingham Metropolitan College, at £298,000, though this was a decrease of ten per cent on the salary payments for the role in 2013/14, according to the SFA data.

Dame Asha Khemka’s salary as principal and CEO of Vision West Nottinghamshire College was the third highest for the last academic year, at £245,000, a seven per cent increase on her salary of £229,000 for 2013/14.

The other colleges that paid out £200,000 or over for the role of principal in 2014/15 were the Newcastle College Group, Salford City College, North Hertfordshire College, Stockport College and Cornwall College Group.

Salford City College and North Hertfordshire College both reported that their rate of pay for the position was partly down to employing two principals during the year as part of a hand-over period.

See below for the full responses from the colleges: A spokesperson for Nescot (pictured left) said: “Sunaina Mann is the Principal and CEO of the Nescot Group, which includes Nescot and the Jeddah College of Excellence. Her salary in 2014/5 was £363,000.

A spokesperson said: “Birmingham Metropolitan College (BMet) can confirm that in 2014/15 its principal and chief executive, Andrew Cleaves received a salary of £260,000. The college also made a pension contribution to the Local Government Pension scheme of £38,000.”

“The chief executive is managing a number of complex challenges and a financial position that had deteriorated prior to Andrew’s appointment.

“When we appointed Andrew, we recognised we needed a leader with strong commercial acumen and a track record leading a complex change management programmes.

“Andrew has led the college in developing a recovery plan that has the endorsement of its funders and regulators and which provides it with the foundations for growth.”

Nevil Croston, chair of governors at West Nottinghamshire College, said: “Dame Asha is one of the most prominent and exceptional principals within the Further Education sector.

“She has led West Nottinghamshire College to be at the forefront of the Government’s apprenticeship agenda and has been instrumental in delivering a £50m redevelopment of the college’s estate that has delivered world-class facilities for our communities.

“In 2014/15 the college delivered a significant financial surplus at a time when many colleges were in financial difficulty.

“In addition, Dame Asha undertakes a significant role regionally, nationally and internationally that furthers the interests of the sector as a whole.

“Most recently she has led the skills proposition for the Midlands Engine; a Government-backed project aiming to boost the UK economy by £34bn over the next 15 years.

“As a leader of a multi-million pound business with a significant profile, the board believes that the salary that she is paid is commensurate with her responsibilities and achievements.”

A spokesperson said: “The salary figures quoted by the SFA are for the chief executive of NCG, Joe Docherty and not the Principal of Newcastle College.

“NCG is not a single further education college, but one of the UK’s largest education and training organisation’s with a turnover of £178m in the year 14/15 from a variety of public sector bodies and commercial income.

A spokesperson said: “In 2015, for part of the year we had two principals in post to facilitate a hand-over period, which we believe is common in the sector.

“Neither principal received a salary exceeding £200,000 and the £212,000 that you present is a combination of two post holders in year.”

A NHC spokesperson said: “We appointed a new chief executive in March 2015. In making that appointment we offered a package that enabled us to attract candidates with the vision and expertise required to steer the institution toward a vibrant, sustainable, future.

A spokesperson said: “The salary data is for financial year 2014-15.  The total cost indicated is in respect of an interim principal who was engaged on a short term basis which was extended while the College Corporation engaged in the process of finding a permanent principal.  This is not reflective of the current salary of the new principal.”

A spokesperson said: “The Cornwall College Group is the fifth largest FE college in the country, one of the biggest providers of apprenticeships, with eight sites, each vital to their local communities, together with significant outreach provision, stretching from Exeter to Falmouth.

“The principal’s salary was set on appointment in August 2013 and has seen no increase since this time.  The principal was selected by a panel made up of members of our Board, with a focus on finding the right calibre of individual during a challenging time for FE.

“The principal’s strategic vision has transformed the college in the past two years, ensuring that it is fit for the future.  Our recent Ofsted inspection graded us as ‘Good’ in all categories, citing the college as ‘a catalyst for raising the skills of the local workforce’.”

Top ten highest salaries for college leaders in 2014/15. *Salford City College salary was split between two principals in post at the time, during a handover period